This observation shows a thin channel between knobs in the Northern hemisphere. These knobs are part of a local group of knobs called the Tartarus Colles.

Both knobs visible in this image have dark slope streaks. It was originally thought that slope streaks might be locations of surface water wetting and darkening soil, but it is now commonly believed that slope streaks are mini-avalanches of dust. Slope streaks fade over time as wind erosion blends them in with their surroundings.

One portion of it, ( see subimage ) contains a bridge, and is probably a remnant of the original surface. A depression that extends from the channel northwards—but which is not as deep as the majority of the channel—might be in the process of collapsing and enlarging the channel.
Written by: Kelly Kolb   (17 November 2010) 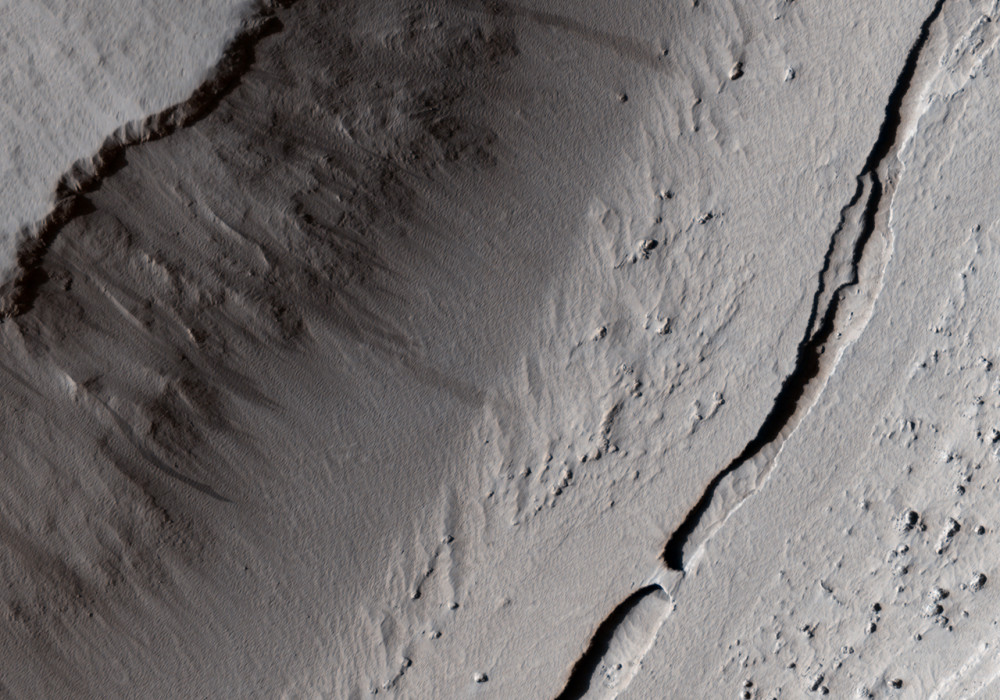