The ancient highland channels in this image empty into the Eridania Basin (not visible), a large topographically low enclosure with smooth-appearing terrains that may have once contained a large paleolake or ancient sea.

Water in these channels flowed to the east into Ariadnes Basin, a smaller basin located within the confines of Eridiana. Light-toned knobs are exposed in the northern channel, while the other channels are partially filled with smooth appearing lobe-shaped surface flows that are extensively fractured when viewed at high-resolution.

Although the origin of these knobs is not known, interpretations include fumarolic mounds, erosional remnants, pingos, mud volcanoes and spring mounds. The movement of the once ice-rich, channel-filling flows over the knobby terrains likely created radial tension stresses producing the cracks that we see on the surface of these deposits.

As the material slowly thinned, it eventually led to the formation of an elephant skin-like texture . This texture is different from the surrounding eroding mantling deposit that has become pitted as the ice sublimated causing the overlying surface to collapse. The combination of such knobby terrain and smooth, channel-filling deposits are seen only in a few places on Mars. One such example is the Navua Valles channels northeast of the Hellas Basin that may have also hosted a large, ice-covered lake in the past. Their morphological similarities, particularly in their surface materials, suggest that they formed under similar paleoclimatic conditions.

For more information on the Ariadnes basin, see this link to a geologic map of this region (PDF) . 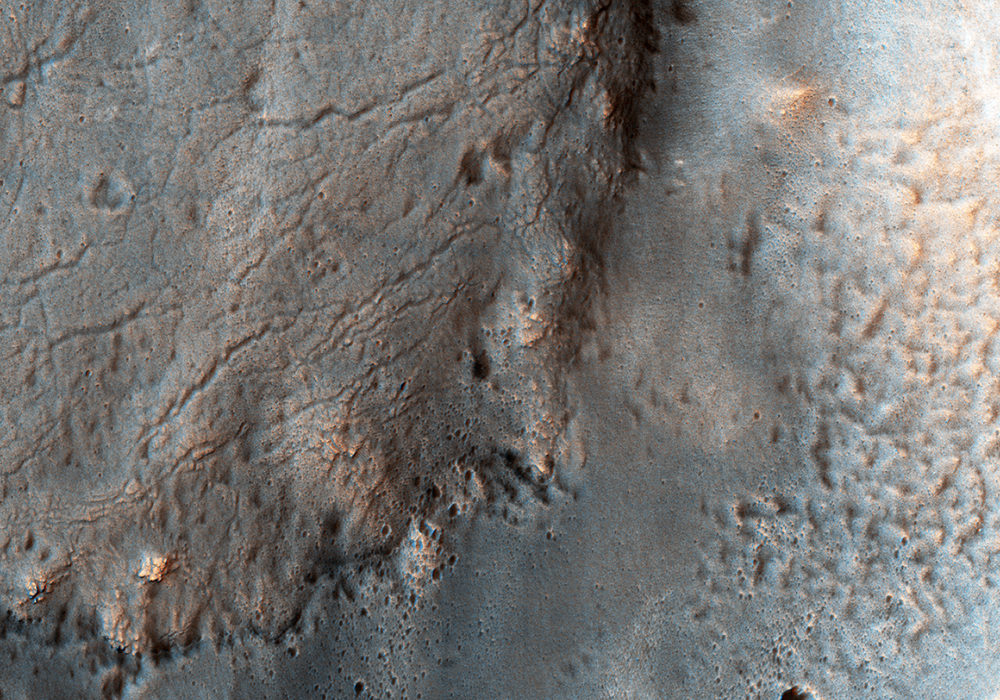