The origins of these boulder fields is not entirely clear, but may be the result of a thinner soil layer overlying the eroding bedrock. They may also be the result of a number of more ancient geologic processes. For example, glacial bulldozing of surface rocks can push and drop rocks gathered from some distance away. Some volcanic flows may generate a rough and broken rocky surface, later mantled with soil.

Unusual to this boulder field is the sorting of these rocks into small rings, arcs, and clusters. On Earth, sorting of rocks is common in frozen climates, though usually on a smaller scale. Rock sorting can result from cyclic freezing and thawing of water in the soil.

Alternatively, in a deeply cold environment such as Mars, permanently subfreezing temperature still undergo seasonal heating and cooling which may be capable of driving extremely slow convection cycles in the ice-rich soil. These cycles then collect rocks and boulders at the surface in areas where the finer soil is downwelling into the soil subsurface. 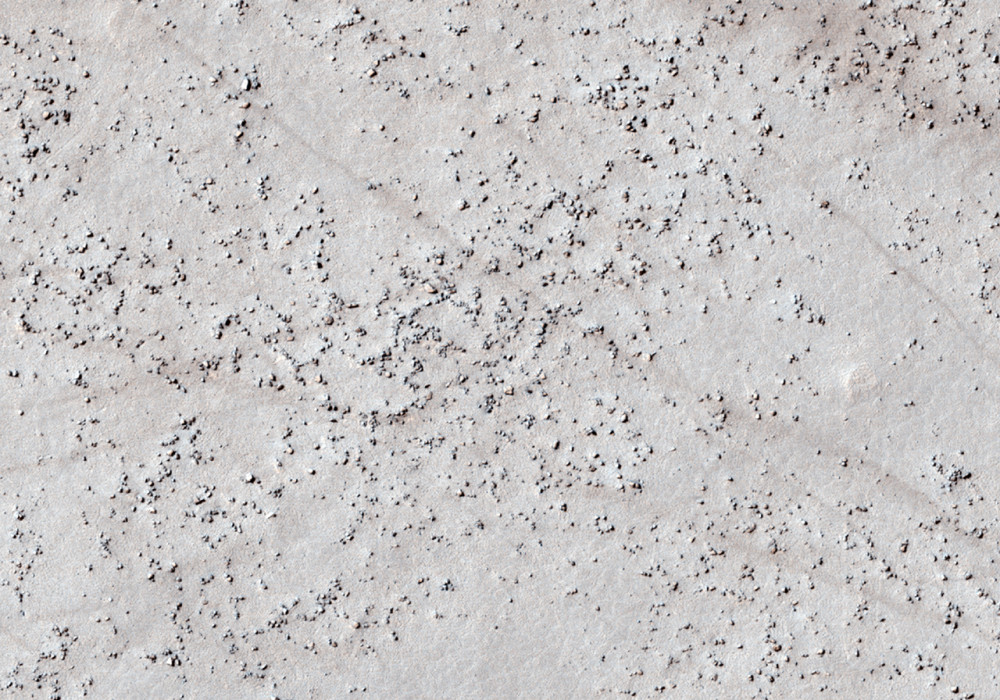