This HiRISE image is of a portion of Mars’ south polar residual ice cap. Like Earth, Mars has concentrations of water ice at both poles.

Because Mars is so much colder, however, the seasonal ice that gets deposited at high latitudes in the winter and is removed in the spring (generally analogous to winter-time snow on Earth) is actually carbon dioxide ice. Around the south pole there are areas of this carbon dioxide ice that do not disappear every spring, but rather survive winter after winter. This persistent carbon dioxide ice is called the south polar residual cap, and is what we are looking at in this HiRISE image.

While the south polar residual cap as a whole is present every year, there are certainly changes taking place within it. With the high resolution of HiRISE, we intend to measure the amount of expansion of the depressions over multiple Mars years. Knowing the amount of carbon dioxide removed can give us an idea of the atmospheric, weather, and climate conditions over the course of a year.

In addition, looking for where carbon dioxide ice might be being deposited on top of this terrain may help us understand if there is any net loss or accumulation of the carbon-dioxide ice over time, which would be a good indicator of whether Mars’ climate is in the process of changing or not. 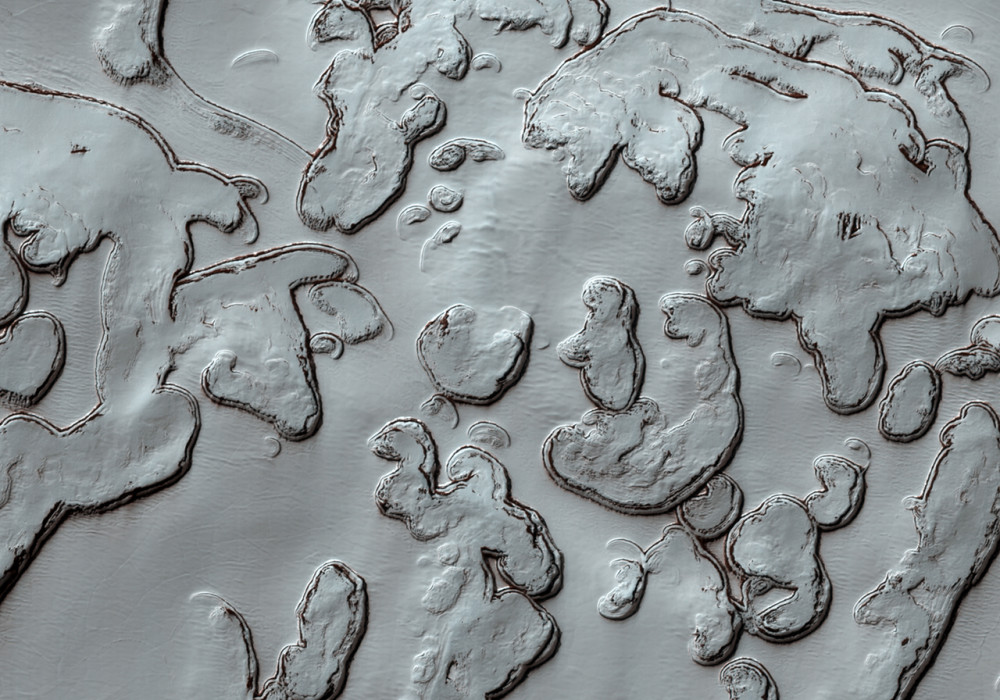