The polar layered deposits (PLD) are interesting because they were probably formed by global climate changes on Mars, like ice ages on Earth. The PLD are rich in water ice, but appear to be covered by a dusty layer that protects the underlying ice from evaporation and erosion.

The exposure of south polar layered deposits shown here also appears to be partly covered by additional debris, as layering is obscured at the left side of the subimage. The layers appear to have been offset by a fault near the lower right corner. The faulting and burial visible here complicates the interpretation of the climate history of Mars based on observations of layering.Written by: Ken Herkenhoff   (7 January 2008) 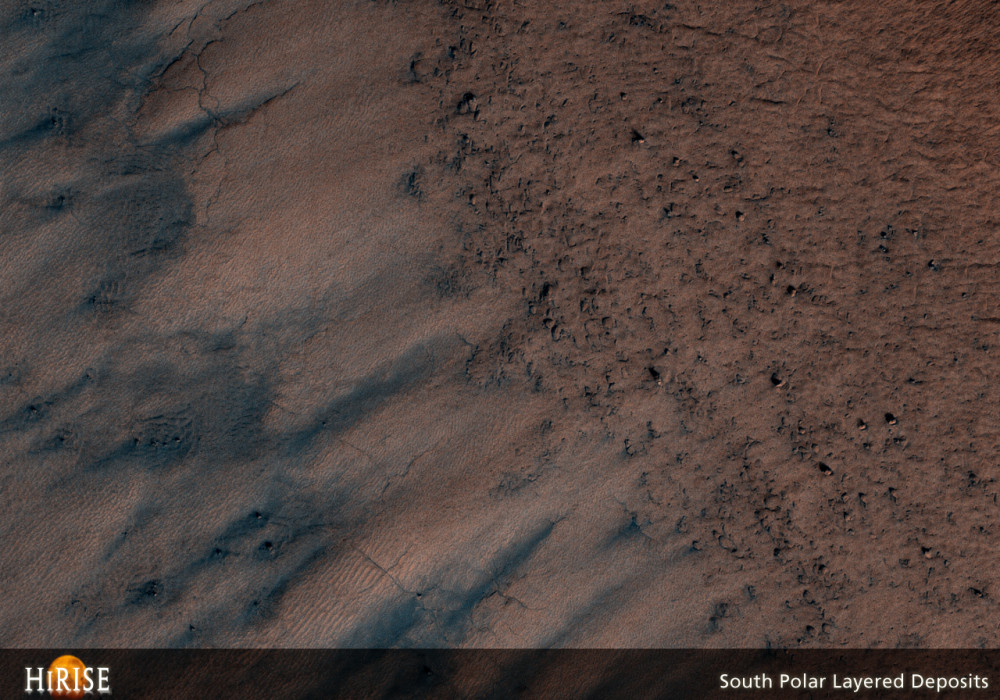