This image shows a variety of surface textures within the south polar residual cap of Mars.

It was taken during the southern spring, when the surface was covered by seasonal carbon dioxide frost, so that surface relief is easily seen. Illumination is from the bottom left, highlighting long troughs at to the right and round pits and irregular mesas to the left of center.

These unique landforms are common in the south polar residual cap, which is known from previous Mars Global Surveyor images to be eroding rapidly in places. Right of center, polar layered deposits are exposed on a sun-facing scarp. These deposits are older than the residual ice cap, and the layers are thought to record climate variations on Mars similar to ice ages on Earth.
Written by: Ken Herkenhoff   (7 July 2010) 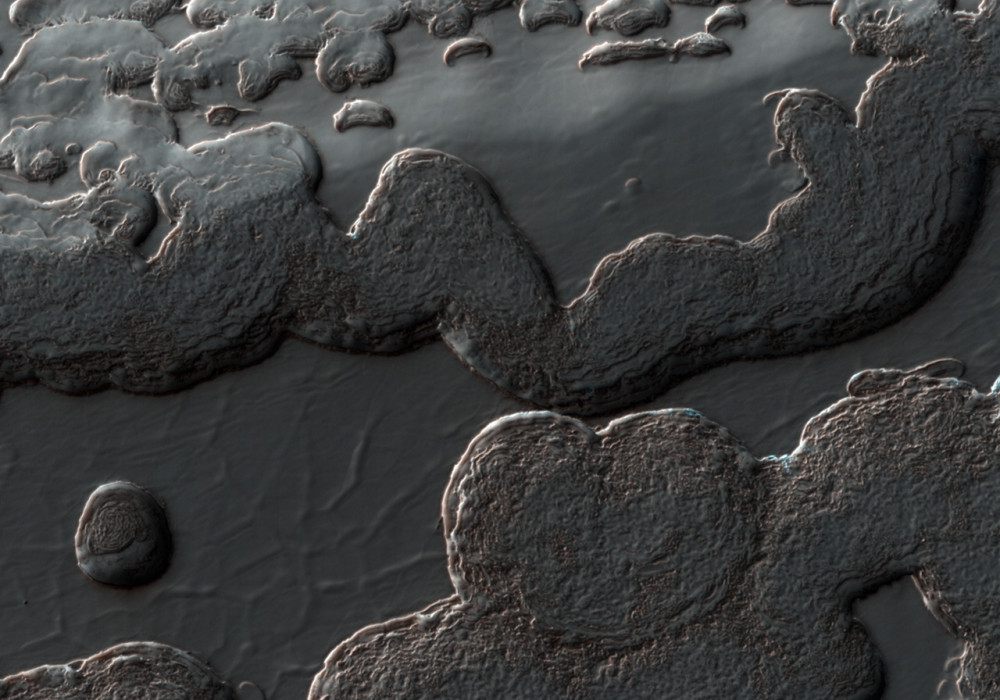