Radar data indicate that the SPLD are ice-rich, with variations in dust contamination likely causing the layering visible here. HiRISE images of the SPLD will help to unravel Mars’ climate history, but this image illustrates how this effort is complicated.

The development of surface features, by erosion, deposition, or modification of the surface, makes it difficult to determine the characteristics of the layers themselves. Some of the layers appear wavy, perhaps due to folding, flow, or uneven erosion since they were laid down. Short, branching, often radial channel systems are cut into the surface of the layers in places. These may be related to “spiders,” thought to be formed as carbon dioxide gas flows along the surface when the seasonal polar cap sublimates in the spring. Pits and polygonal fractures are visible on the layers as well.

Apparently this exposure of SPLD is relatively old, as these features probably take many years to form. While these features are interesting in their own right, they disturb the SPLD outcrops and make it more difficult to measure the thickness of layers and compare them to other outcrops of SPLD.Written by: Ken Herkenhoff   (3 November 2007) 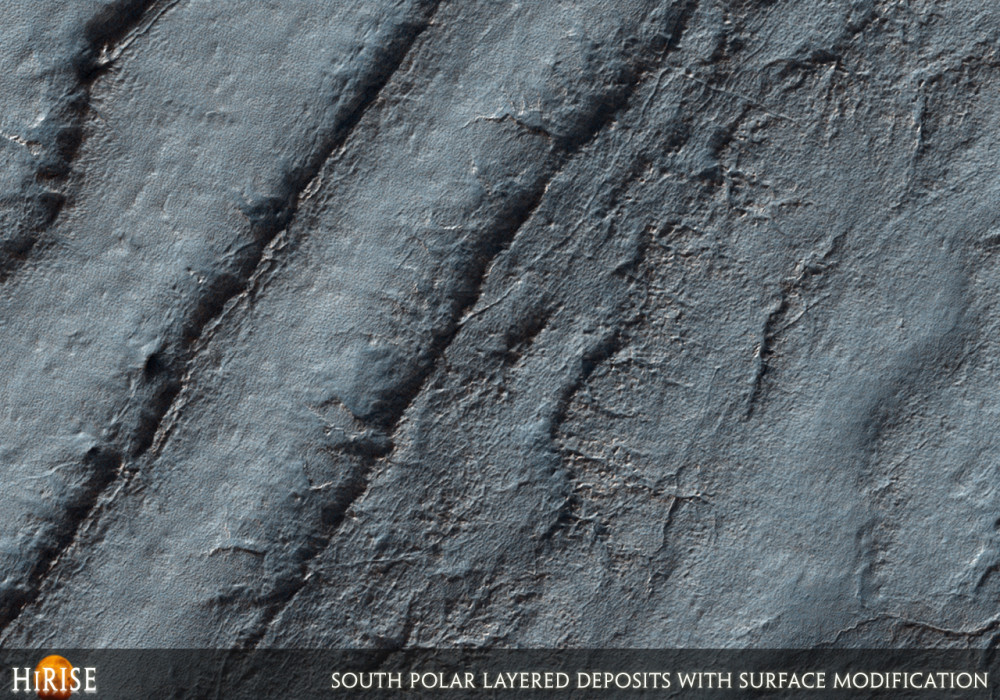