This image of the south polar layered deposits shows far more detail than seen in previous images of this part of Mars. The most complete imaging coverage of the area south of 87 degrees south latitude was acquired by the Mariner 9 and Viking Orbiter spacecraft in the 1970s.

These images showed a shallow scarp at this location, but it was not known whether the dozens of layers visible in this HiRISE image would be exposed. The MGS and Mars Odyssey orbiters could not view the regions near the poles. Such images of the Mars polar “terra incognita” will help scientists understand the geology of the south polar layered deposits, widely believed to record ancient Martian climate changes like ice ages on Earth. For example, this subimage shows possible evidence that horizontal layers have been distorted by folding or flow (2048 x 4000; 8 MB).Written by: Ken Herkenhoff   (15 September 2007) 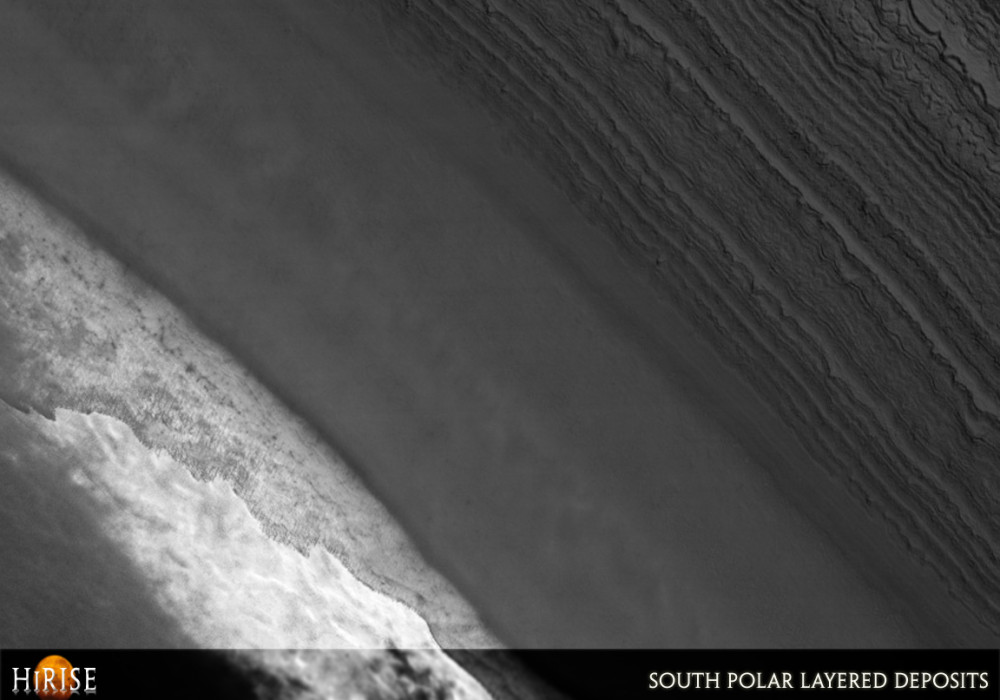