This image is located in the South Polar region of Mars and was suggested by Richard Smiths class at Titusville High School in Titusville, FL.

In this image, we can see spiders likely caused by the sublimation of carbon dioxide ice. (Sublimation means the change of this ice from a solid directly to a gas.) As this happens, the gas moves through channels until it reaches the surface and vents out. These vents show up as the dark streaks because they carry dust and dirt up to the surface.
Written by: Alix Davatzes   (2 July 2008) 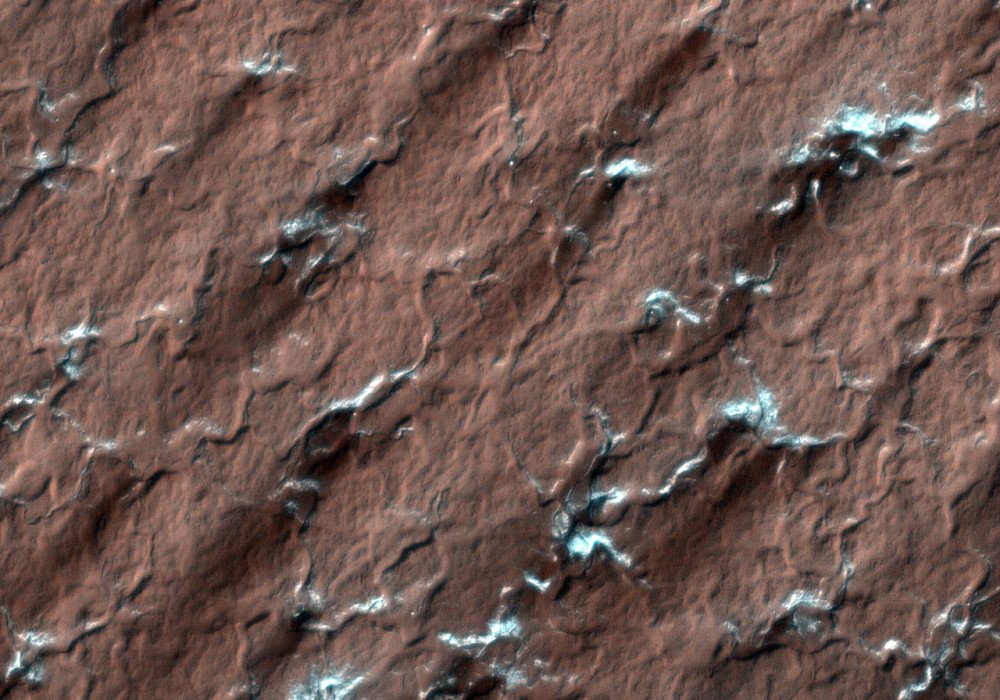