This image represents a Martian terrain containing “Swiss cheese” features. This terrain is found only within the residue of the southern polar cap, which comprises of mostly frozen carbon dioxide and water.

These particular features are flat-floored, circular depressions that are believed to form from different rates in the seasonal changes of the carbon dioxide and water ices. Varying rates in sublimation–when these ices change directly to vapors upon heat and back to deposited solids upon cooling–produces these rimmed depressions from the flat polar ice plane. It is hypothesized that the depression areas are made up of dry ice, carbon dioxide, and the material below consists of the water ice.

Some of the circular features in the full image show distinct cusps that point in the direction of the pole. These cusps suggest insolation, a measure of solar radiation that is pushing the movement/formation of these depressions away from the pole. There is also an observed lateral outward growth of the features at the rate of about one-to-three meters a year, indicating to scientists that the depressions must form in a carbon dioxide medium. 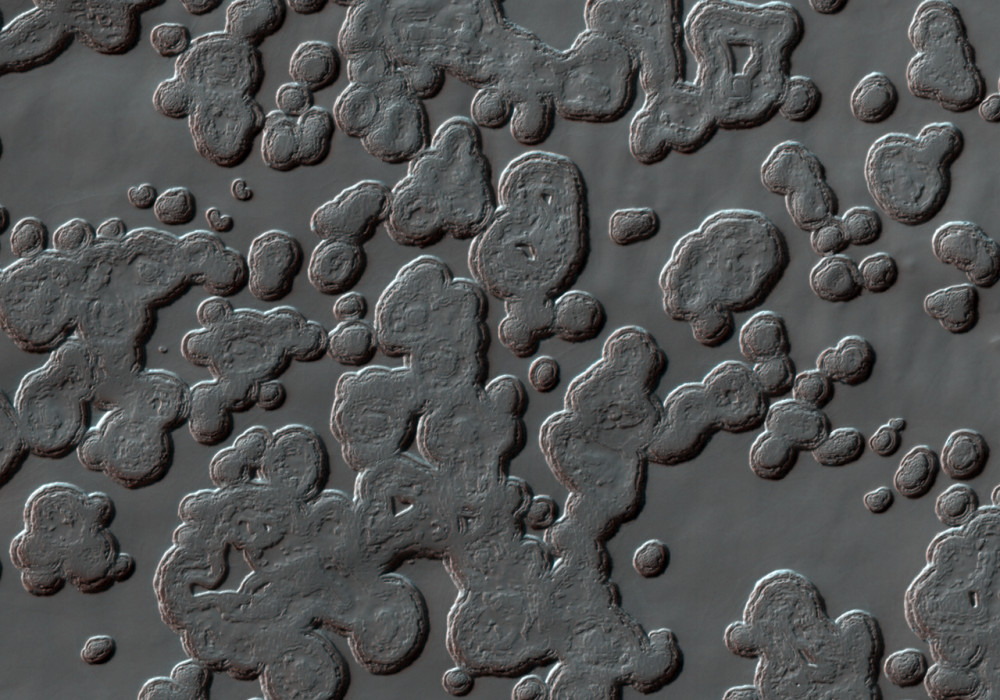