In the search for potential areas with recurring slope lineae (RSL), which are probably caused by briny water, the central peak of Hale Crater is a common target. But we have no images of the southeast rim of the crater. Hale Crater is about 150 kilometers (90 miles) in diameter and located in the mid-southern latitudes just north of the massive Argyre basin.

RSL are often found on northwest-facing slopes, and they occur in the central peak of Hale. During the season when we know RSL appear, this observation at high resolution might help us see if they occur elsewhere. 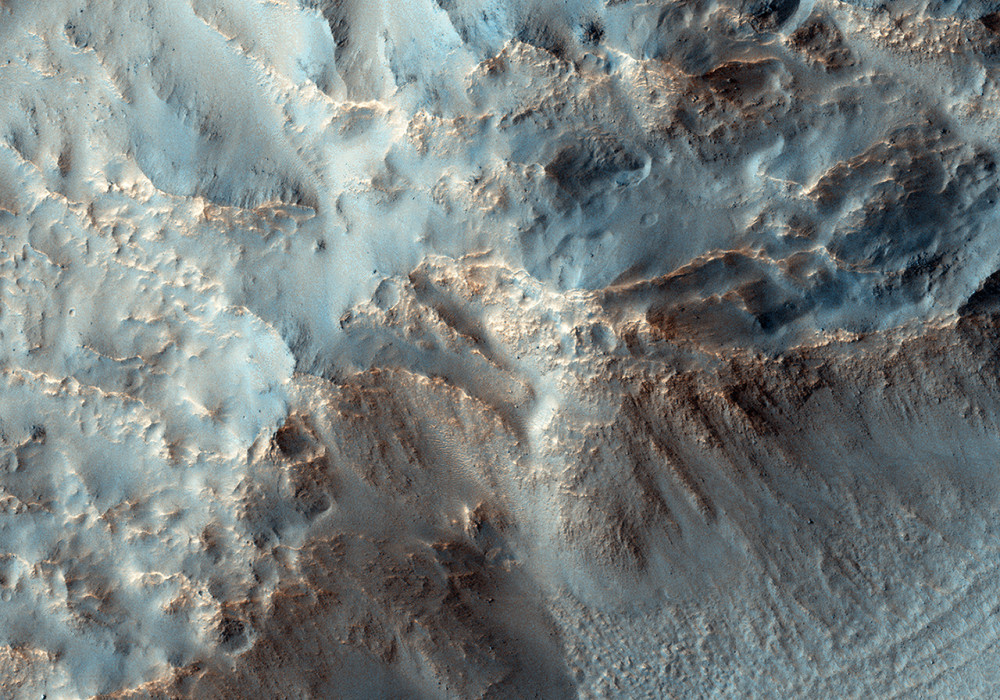