This image gives a rare glimpse of an area in the far south of Mars that is frequently obscured by clouds or covered by surface frosts.

Crescent-shaped sand dunes can be seen scattered across patterned ground. The surface patterns are made up of channels carved by carbon dioxide gas as it escapes from under the seasonal frost. The dunes were still partially frozen when this picture was taken during the vernal equinox, as the Sun moved into the northern hemisphere at the end of the southern summer. Bluish ice is visible on the steep faces of the dunes and along their bases.

Typical sand dunes on Earth and Mars gradually move downwind as sand accumulates on the upwind (convex) side and then avalanches down the steeper down-wind side, called the slip face. Here, the sand motion appears to be around the dunes instead. Clean patches of ground downwind of the dunes show that the surface is sheltered by the dunes, which prevent dark sand from being deposited in their lees. 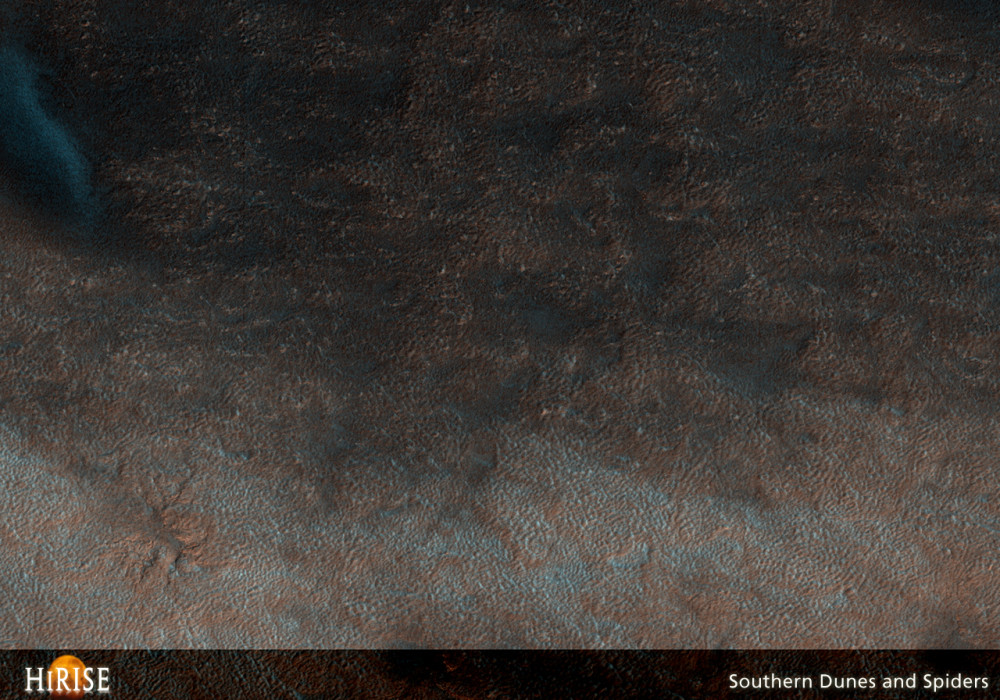