The crater fill may have formed from mass wasting (downward movement of material due to gravity) of ice-rich material. It is distinct from the walls of the crater, which is unusual. Often crater fill will take the form of concentric circles, suggesting that material has been transported down each wall similarly. This is not the case here.

There are two main sets of gullies, one deeply incised (left) next to one that is shallower (right). The gullies on the left are well developed and have likely experienced more flow than the gullies on the right. The well-developed gullies cross several wrinkles that wrap around much of the crater fill, indicating the gullies formed after the crater fill was in place. The gullies on the right ( see subimage ) are shallow and narrow. Several have linear depressions above their sources suggesting that subsurface water flowing to the gully heads removed some material creating the collapse depressions visible here.
Written by: Kelly Kolb   (10 November 2010) 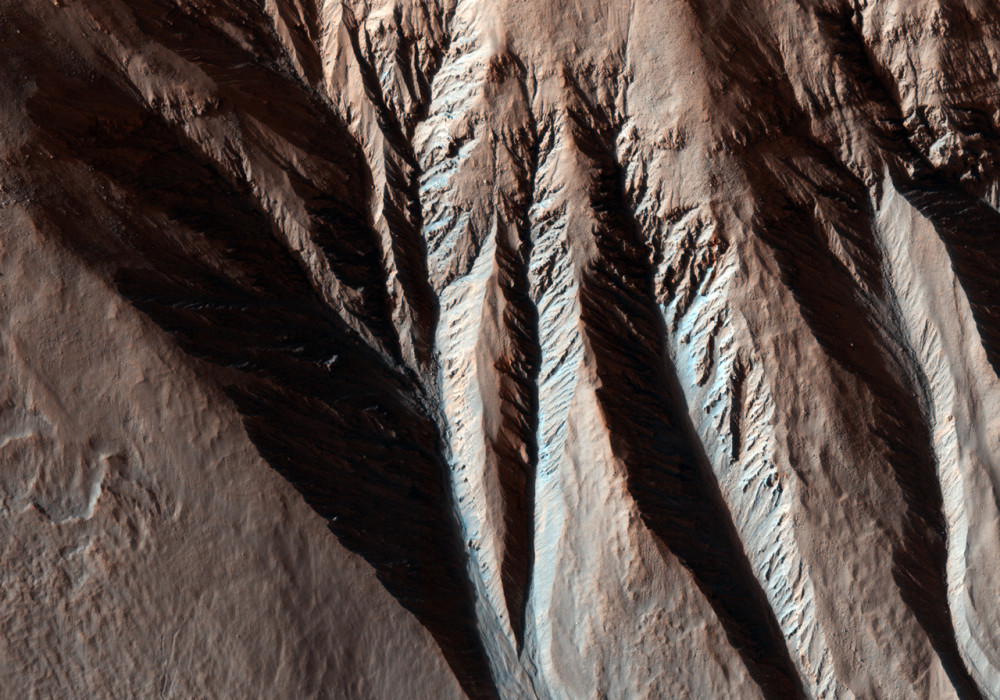