This observation shows the interior of Gale Crater, a region being considered as a landing site for the 2011 Mars Science Laboratory.

Gale is distinguished from many other craters on Mars by a large interior layered mound that extends to the height of the crater rim. The top part of this image contains portions of the southeast part of the mound, with the bottom part showing details of the crater floor.

The mound material here is exposed as several distinct smaller hills. Close up, the hills show abundant rocks and debris aprons on their flanks, lacking distinct bedrock layers seen elsewhere on Mars. This suggests that the mound material is friable and easily eroded by the wind over time.

Other evidence of wind activity includes bright bedforms near the top of the image and dark bedforms and sand sheets at bottom. Between the hills and dark sand are a series of stacked stratigraphic units. Polygons are visible in some of the units, indicating contraction due to water loss, cooling, or some other process. Many of the polygons appear highly fractured.

Possible crossbeds are seen in some of the rock exposures near the bottom of the image. This and other images of Gale will be studied over the coming months and years in order to better understand the geology and further assess the potential as a future landing site. 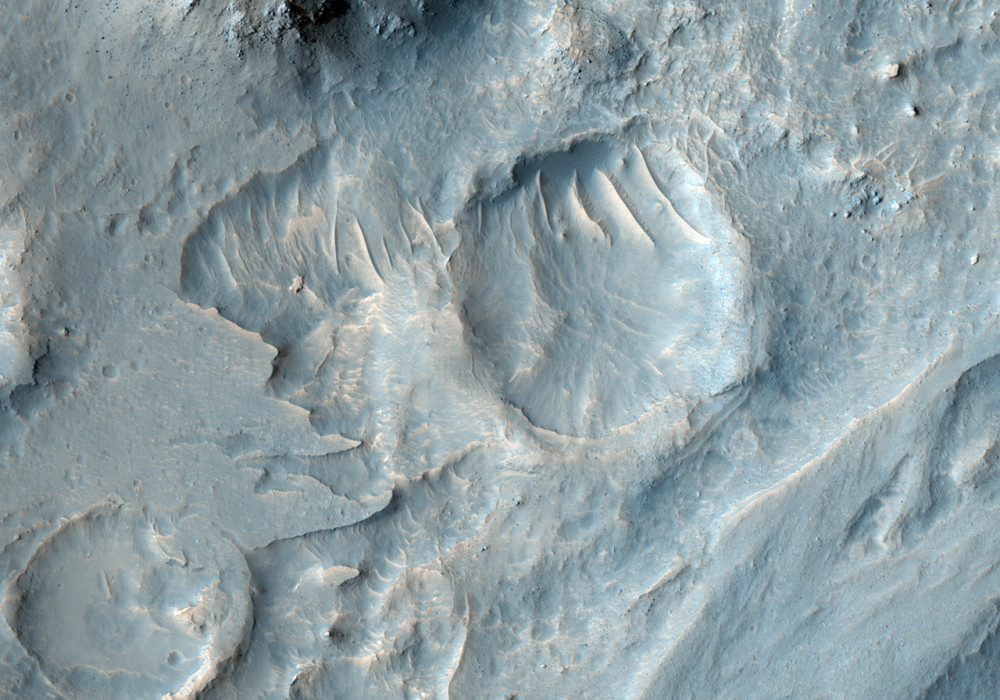