Southern spring sunshine is causing the seasonal carbon dioxide cap at the south pole to evaporate. This process happens fitfully, as small and large spots expose bare ground, which warms up, causing small spots to grow.

The defrosting areas are controlled by small scale differences in topography, which cause some areas of frost to be sheltered longer than others. Once dust has accessed the surface it is blown in directions controlled by the local winds, making a distinctive fan. When the wind changes direction the fans broaden or may show multiple orientations.

It has also been proposed that dust is carried to the top of translucent seasonal carbon dioxide ice by release of gas held under pressure by the ice cap. When the pressure is released, like pulling the cork out of a champagne bottle, the gas escapes, carrying dust with it. 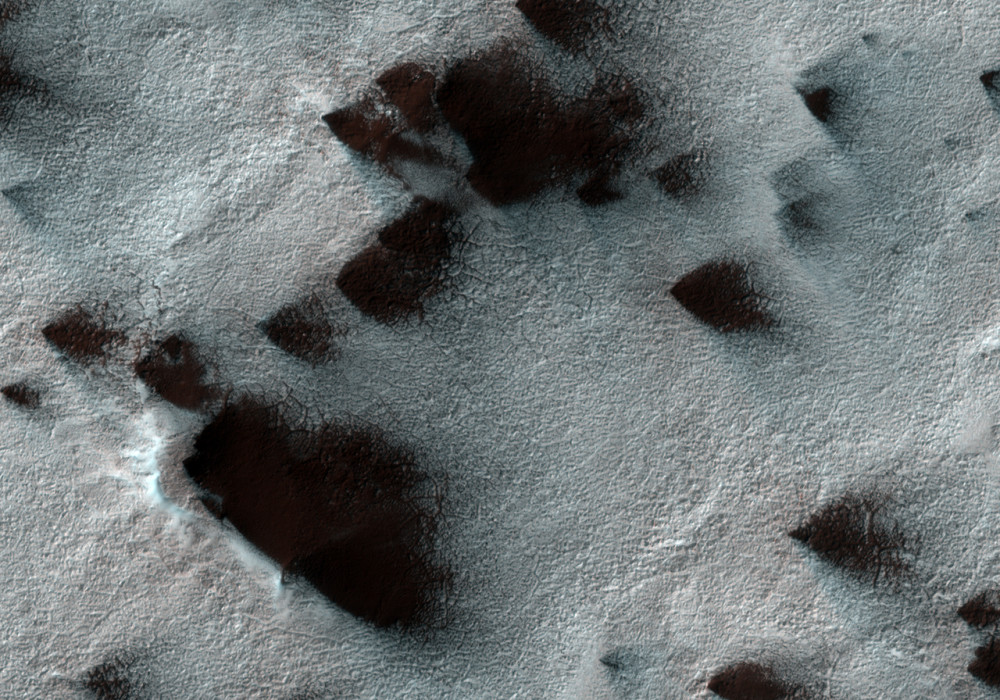