This image is part of an ongoing seasonal monitoring effort in this location in the southern polar region of Mars.

Mars’ south polar region changes significantly during the Martian year. During the southern hemisphere’s winter, the polar cap increases dramatically as the lowered temperatures make a large portion of the atmosphere freeze out into ice. As spring approaches and the polar region begins to warm once again, the cap recedes revealing terrains like those visible in this image.

The polygonal features in this image are termed “spiders” and their origin is still unknown (although there are several hypotheses). One possible hypothesis for the black fan-shaped features is that they may be formed by a geyser-like process. As the sun heats the ground layer below the carbon dioxide ice, the ice on the bottom begins to sublimate, or turn directly from a solid to a gas. This gas then builds up in pressure as more of it sublimates, until a critical pressure is achieved and it erupts through the ice layer much as a geyser would, spewing the debris that is thought to make up the dark fan shaped features. 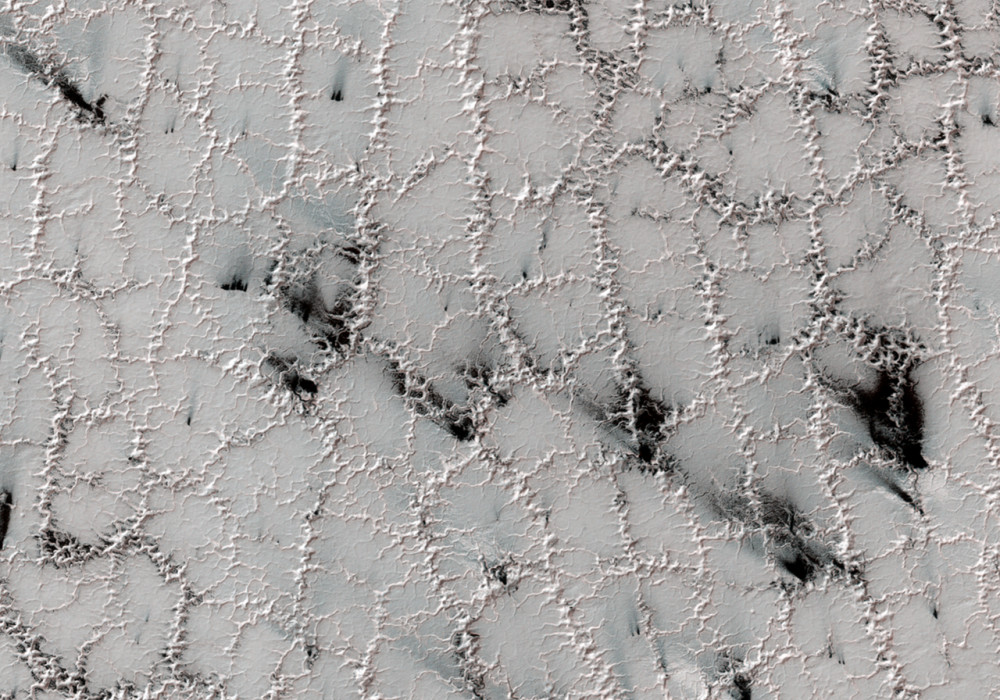