This landform is uniquely Martian, formed in the spring as seasonal dry ice turns directly into gas that erodes channels in the surface.

This target was identified by citizen scientists at Planetfour: Terrains . 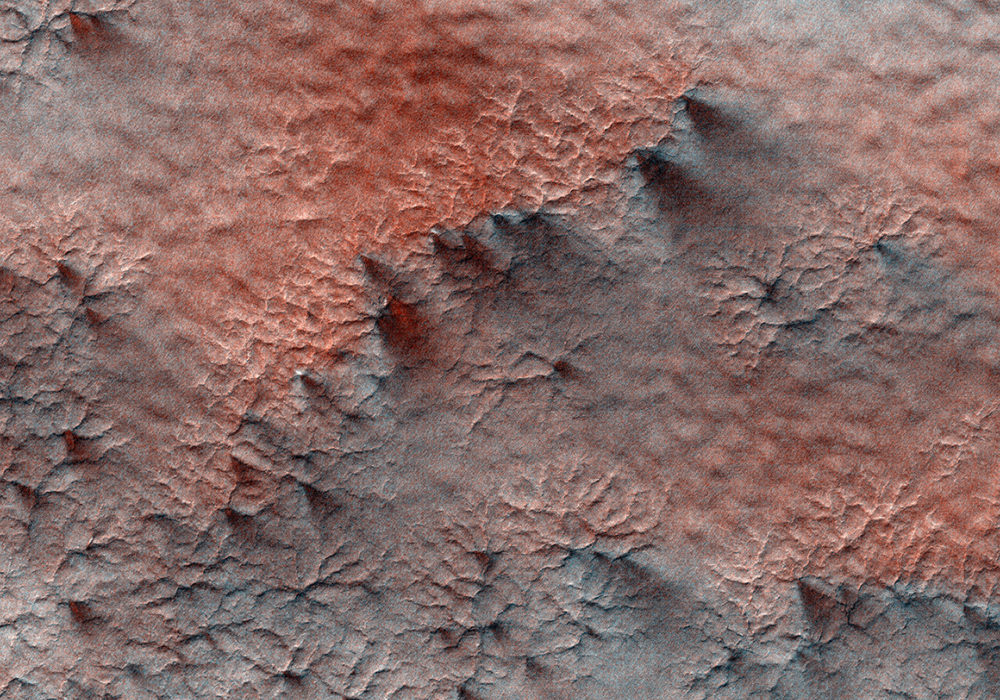