This observation catches the NASA Mars Exploration Rover Spirit gleaming in the sun beside Home Plate inside Gusev Crater. It also catches a dust devil in action.

We were surprised to see that the Spirit rover itself is the brightest spot in the image, unlike dozens of previous images of both rovers. Analysis of the illumination and viewing geometry and the tilt of the rover indicate that, by accident, we imaged it near the specular point for the flat solar panels. The specular point is where the illumination angle is the same as the viewing angle, and the vectors are aligned.

Ground-based measurements prior to launch showed that the specular reflection could be seen even when there is a thin dust cover over the panels. This result does show that the solar panels are not covered by an optically thick layer of dust (i.e., too thick for any light to pass through it). Spirit last communicated on 22 March 2010.

And a Dust Devil to Boot
Scientists have been coming to realize that dust devils on Mars are far more common that had been thought. Dust devils look like mini tornadoes and are made up of swirling vortices of air that pick up very fine pieces of dust (the smallest particles of soil, much finer than a grain of sand). They are also an important part of the Martian climate and geology.

Many images show tell-tale dark streaks that crisscross and wiggle all over the surface. The high wind speeds of dust devils can also shift and move sand that otherwise would remain in one location. By moving surface soil grains around, dust devils can serve to mix different minerals from various locations. 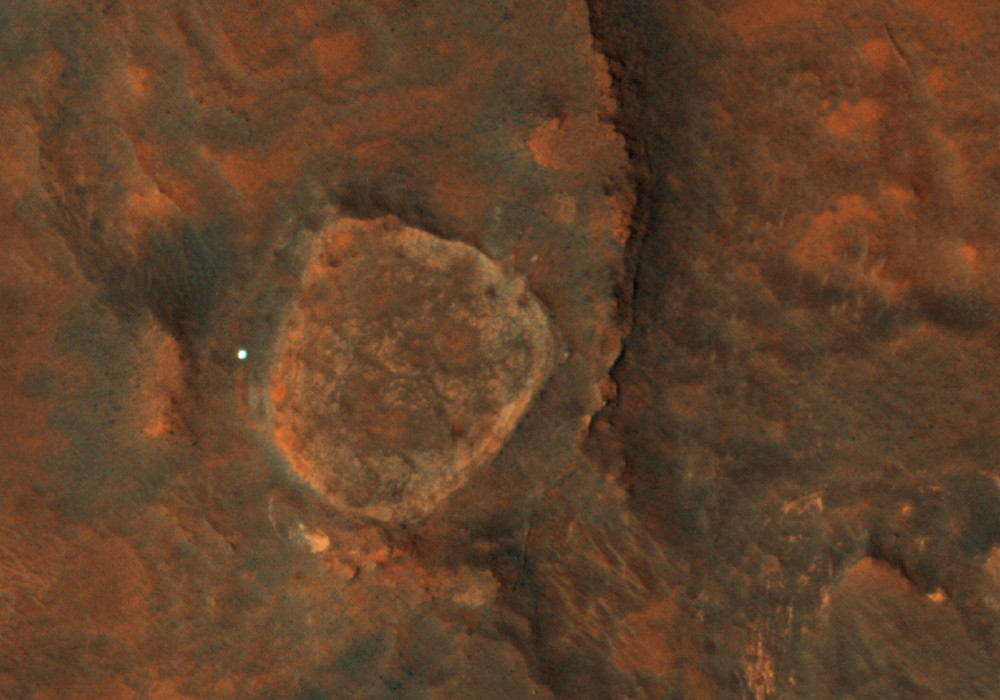