Mars has a seasonal southern polar cap composed of carbon dioxide (commonly known as dry ice), that overlies a permanent polar cap which is a mixture of carbon dioxide ice, water ice and dust. As the carbon dioxide evaporates in the spring the escaping gas carves channels in the permanent cap below. Often these channels radiate outward (or converge inward), giving them a spider-like appearance.

In this enhanced color image the seasonal frost is whitish-lavendar. The tan areas starting to show through are where the frost has already evaporated (“sublimation” is actually the correct term, when ice changes directly to a gas). Tan-colored dust blows around and accumulates in the bottom of some of the channels.

This is truly other-worldly terrain, with exotic landforms with no earthly analogs. 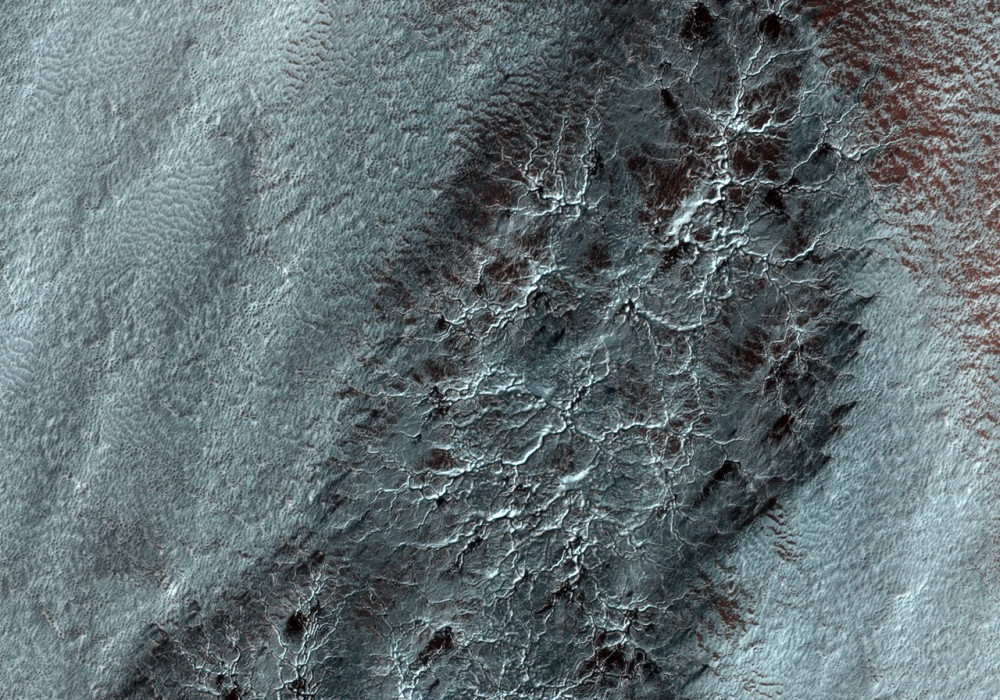