Spring in Inca City I

Every winter a layer of carbon dioxide ice—or, dry ice—condenses in the Southern polar region, forming a seasonal polar cap less than 1 meter deep. Early in the spring the ice layer begins to sublimate (going directly from a solid to gas) from the top and bottom of the ice layer. Under the ice gas pressure builds up until a weak spot in the ice layer ruptures. The gas rushes out and as it escapes it erodes a bit of the surface.

Fine particles are carried by the gas to the top of the ice and then fall out in fan-shaped deposits. The direction of the fan shows the direction either of the wind or down the slope. If the wind is not blowing a dark blotch settles around the spot the gas escaped.

This region is known informally as Inca City, and it has a series of distinctive ridges . On the floor between the ridges are radially organized channels, known colloquially as spiders, more formally called “araneiforms.” The channels have been carved in the surface over many years by the escaping pressurized gas. Every spring they widen just a bit.

This was the first image to be acquired after the sun rose on Inca City, marking the end to polar night. A few fans are visible emerging from the araneiforms. 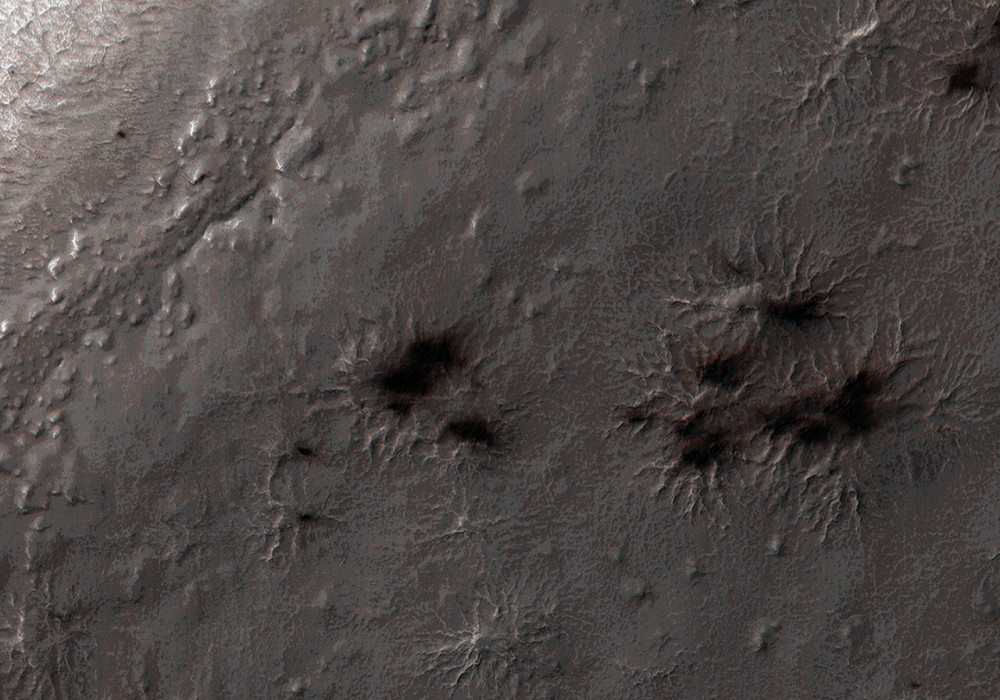