At certain times in spring, fans take on a gray or blue appearance . This is the time in Inca City when this phenomenon happens.

On the ridge at the top of the image fans have lengthened and now look more gray than the blotches on the araneiforms. At the bottom of the image they are distinctly blue in color.

Two theories have been suggested: perhaps fine particles sink into the seasonal layer of ice so they no longer appear dark. Or, maybe the gas that is released from under the ice condenses and falls to the surface as a bright fresh layer of frost. It is quite likely that both of these theories are correct. 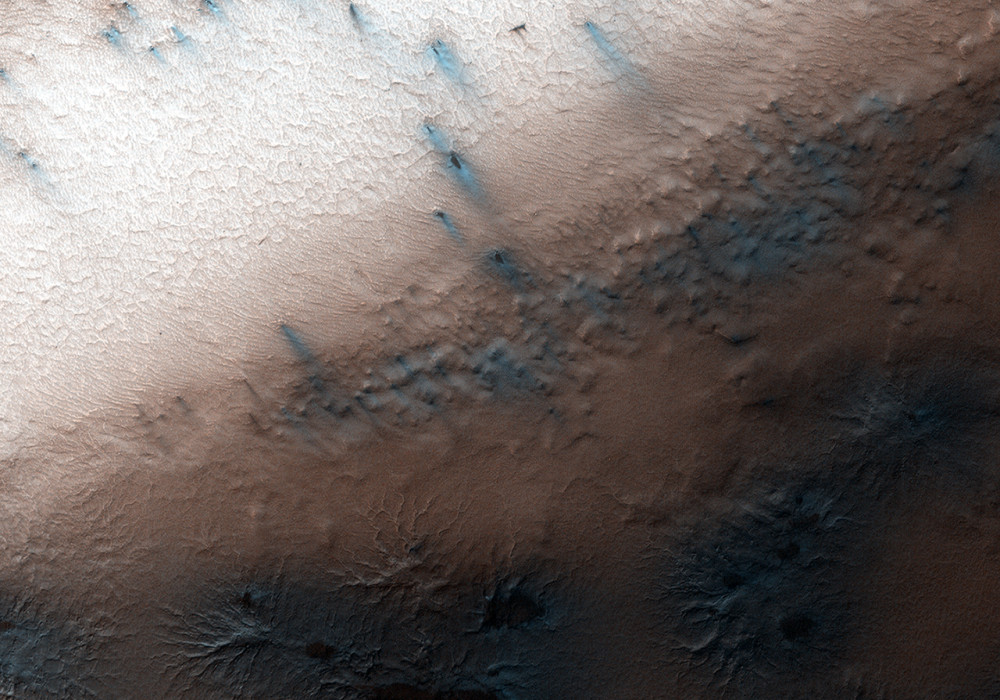