An amazing aspect of Mars that is captured in many HiRISE images is geologic diversity within a small area. This image, of a crater in the Tyrrhena Terra region, was targeted to look at the geologic aspects of possible clays detected with the CRISM instrument.

Fortuitously, a beautiful set of star dunes are visible on the western edge of a small crater within the larger target crater (this smaller crater is in the southwest [lower left] of the image). Star dunes form when sand is blown by winds coming from multiple directions, which is common in craters. This results in intersecting dunes, forming a polygonal, or “star” pattern.

Here we show two zooms of the star dunes. The closest zoom (at right) shows lumpy deposits of sand in the interior of the star patterns, probably resulting from avalanches off of the dune slopes. The dune sands are most likely made of basalt, a common volcanic rock. The possible clay-bearing material is probably within the surrounding bedrock. 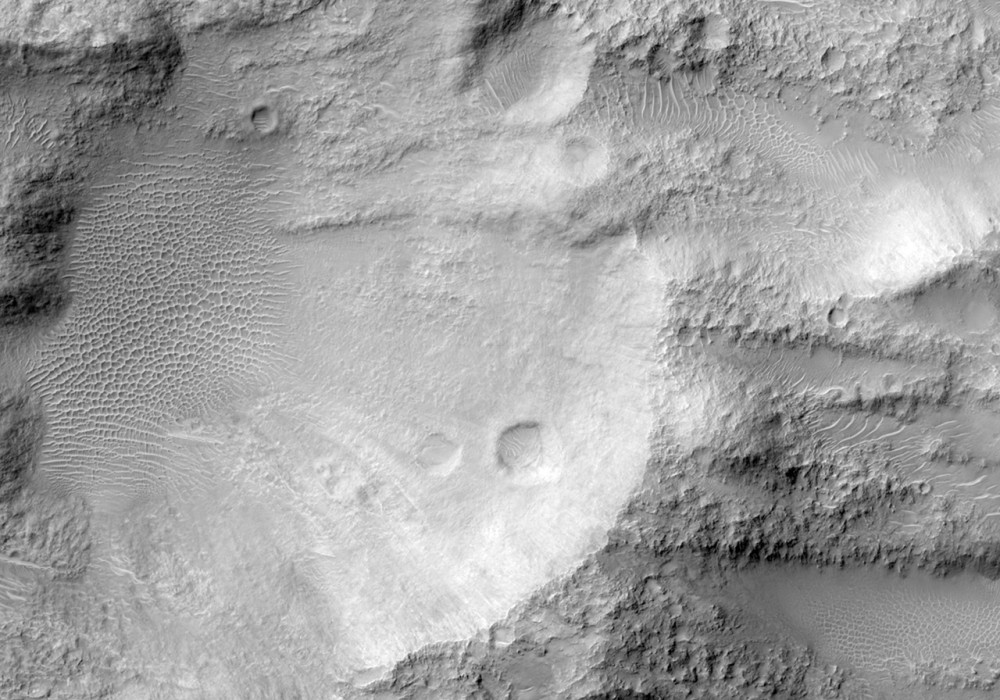