Mars’ seasonal cap of carbon dioxide ice (dry ice) has eroded many beautiful terrains as it sublimates (goes directly from ice to vapor) every spring. In this region we see troughs that form a starburst pattern.

In other areas these radial troughs have been referred to as “spiders,” simply because of their shape. In this region the pattern looks more dendritic as channels branch out numerous times as they get further from the center. The troughs are believed to be formed by gas flowing beneath the seasonal ice to openings where the gas escapes, carrying along dust from the surface below. The dust falls to the surface of the ice in fan-shaped deposits. 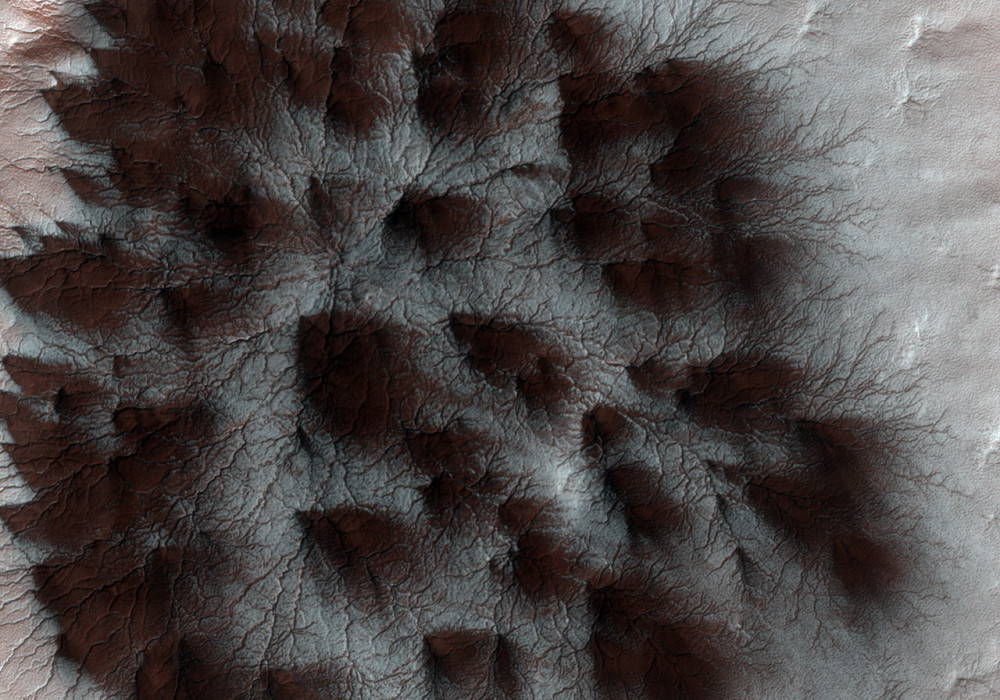