This image also shows a nice example of different types of dunes in close proximity to each other: North is at roughly 3:00 in this subimage . On either side of this mound on the southern end of the crater floor, there are different types of dunes. On the south side of the mound (left side of the cutout), there are “star dunes” (named for the star-like intersections of their crests). These types of dunes are formed when the wind blows in multiple directions. For more information on star dunes, see ESP_017036_1665 and PSP_008323_1735 .

On the north side of the mound (the right when looking at the cutout), there are simpler dune shapes, forming roughly straight, parallel lines. Notice that the same side of each dune is steeper. These are called linear dunes, and are formed by wind blowing mainly parallel to the direction of the crests, probably with some variation to one side or the other that causes the asymmetrical slopes. The linear dunes transition to the star dunes near the mound. Since the main factor controlling which type of dunes form is wind direction, there must have been different wind directions in this area, perhaps caused by wind blowing around the mound itself or interacting with the nearby crater wall. 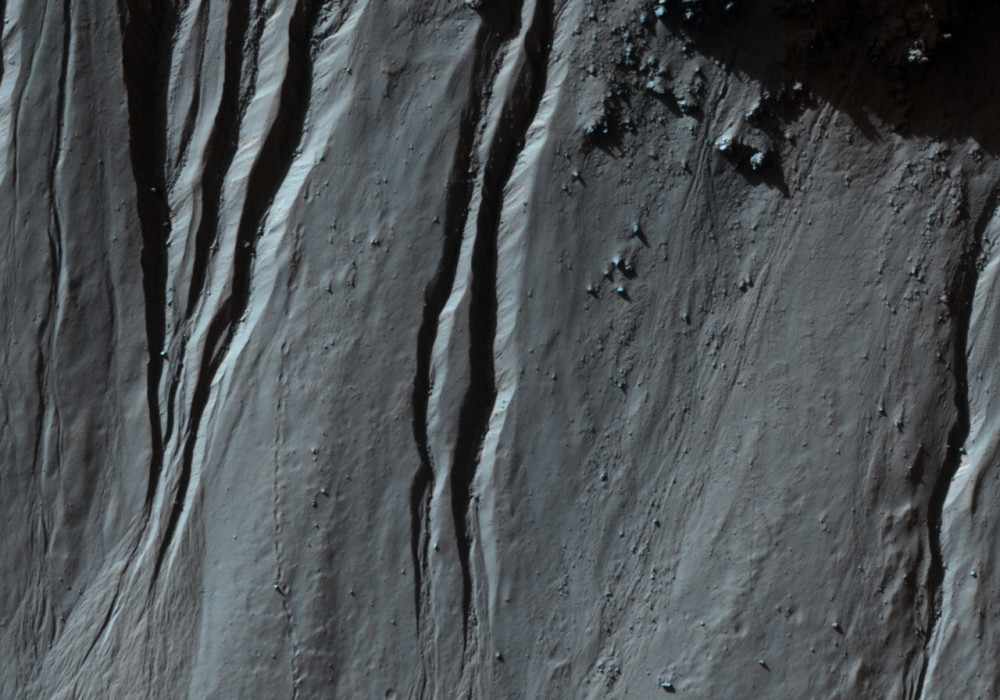