Several streamlined landforms are visible on the wall of the valley. They have irregular shapes but are generally streamlined and are oriented in the direction of maximum slope. The streamlined hills vary in dimensions with widths up to hundreds of meters and lengths of more than a kilometer.

Near the top of the valley wall (near the bottom of the image) are several long and linear grooves. The grooves are locally parallel and are also oriented in the approximate downhill direction.

These features may have formed from what are called mass wasting processes, fluvial erosion, or possibly erosion from strong winds. However, landforms in the surrounding area strongly suggest that this region was sculpted by glacial processes. The grooves may have formed by glacial erosion where rocks at the bottom of the ice grind against and scour the underlying bedrock.The orientation of the streamlined hills is also consistent with glacially sculpted bedrock or subglacial till deposits.

Future high resolution stereo imaging should reveal more diagnostic details, such as shape, symmetry, and relief, in the streamlined features. 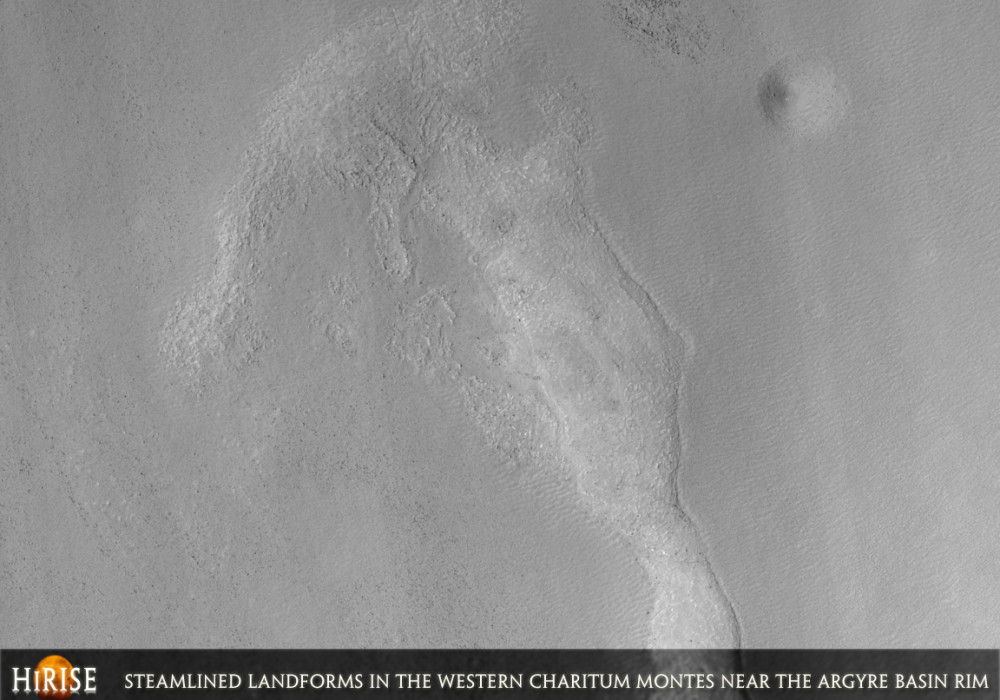