This image covers a region southeast of the giant Hellas impact basin, which has distinctive properties in THEMIS temperature images.

This image shows lots of boulders , and in places they form crude circular patterns. This could be due to the effects of many small impact craters (which we can no longer see, except perhaps for the boulder patterns). An alternative idea is that active processes on Mars can move large boulders (up to several meters in diameter) little by little over time.

There is almost certainly ice in the ground at this latitude (58 degrees south latitude), which expands and contracts with temperature changes. Those temperature stresses combined with the removal of fine-grained materials by the wind might be able to organize the boulders. Another idea is that in a recent past, climate the ice could seasonally melt, then re-freeze, which leads to stone circles in terrestrial permafrost (ground that is largely frozen throughout the year). 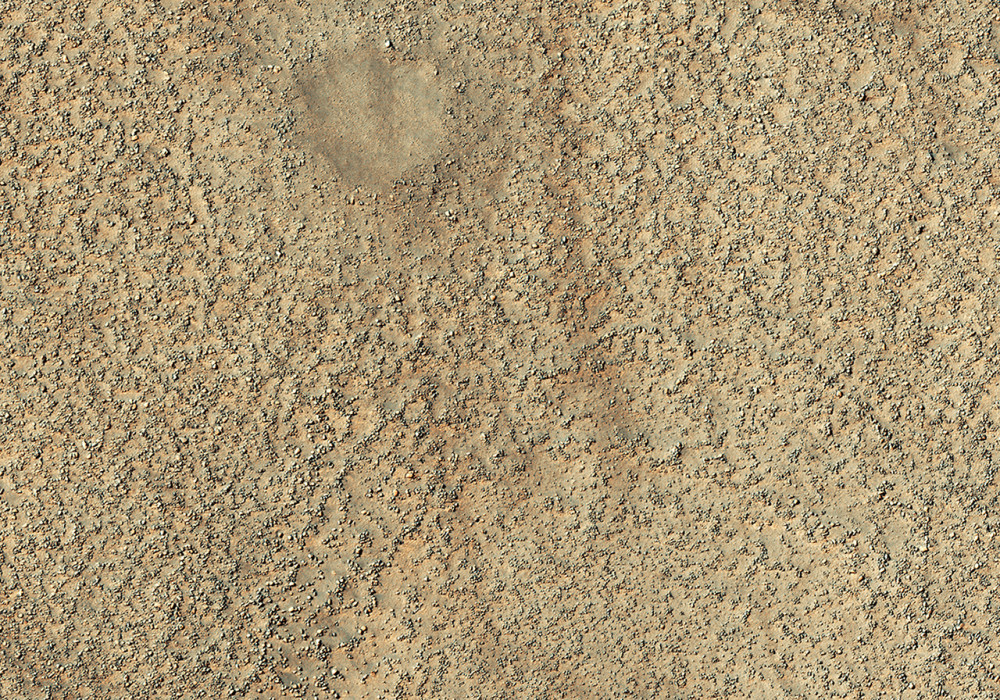