The north end of this long image shows a lava surface in southern Elysium Planitia. Small cones are common on the extensive young flood lavas in this region.

Here, the cones are larger than usual, perhaps approaching cinder cone sizes. What’s really odd here is that the cones are associated with lighter areas with polygonal patterns . Such polygons are commonly visible on the denser portions of lava flows, while the rougher areas have more broken-up low-density crust.

But the shapes of these regions are unusual, and the association with cones suggest that the cones were source vents for local lava flows. Other interpretations are also possible. 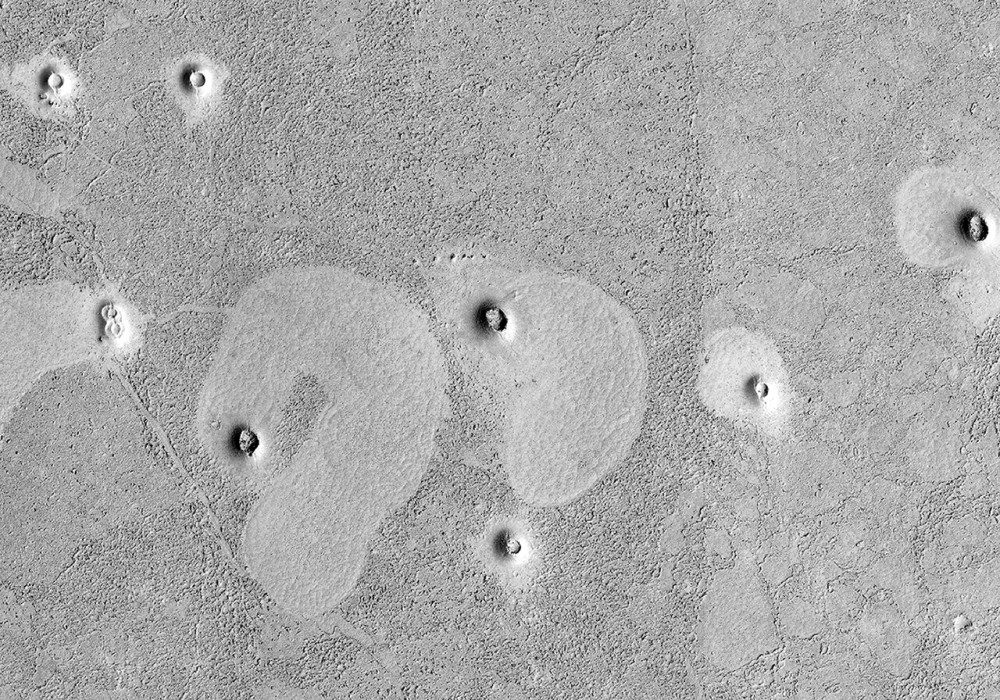