This crater is one of a small group of highly unusual craters found in the Northern lowlands near the Elysium Mons volcano. The ground seems to have been soft and “squishy” when it was hit by the meteorite. This in itself is not that unusual for Mars. In many locations the material thrown out from impact craters appears to have flowed like mud. It is generally agreed that this is because there was a lot of ice in the ground and this ice was melted by the energy of the impact, producing a large amount of mud.

However, in this area, the ejecta seems to have largely vaporized. More puzzling is the way that the crater appears to have collapsed into itself. It appears that there are some hard layers near the surface and then soft material that melts or vaporizes underneath. Indeed, HiRISE reveals a lot of rocky boulders associated with the hard layers.

One possibility is that this region had a thick layer of relatively pure water ice protected by a thin, hard, layer of boulders. So the impact punched through the hard coating, and both the ejecta and the center of the crater essentially evaporated into the atmosphere. This is plausible since this region is thought to be covered by mudflows running off of the Elysium Mons volcano. 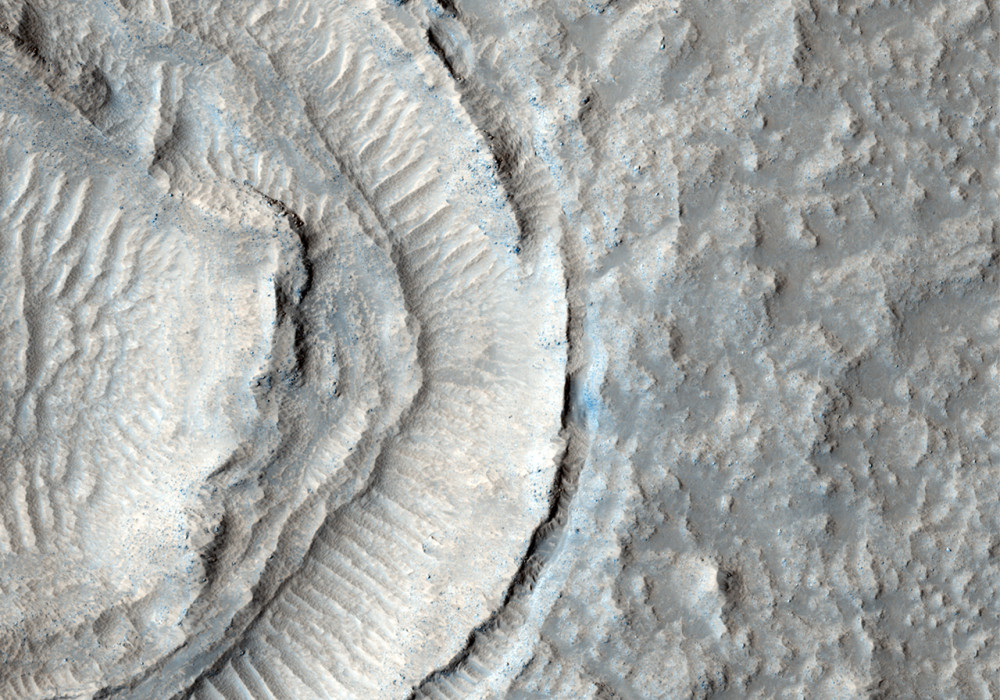