This image shows a part of the Nilosyrtis region of Mars, along the “dichotomy boundary” which separates the Southern highlands from the low-lying Northern plains.

In this region, the boundary is actually a broad region of hills, knobs and mesas, with strange and exotic textures observed on the surface. This is among the northernmost parts of the boundary region; it is thought that under different climate conditions, ice is deposited from the atmosphere here, potentially forming significant glaciers.

Evidence for large-scale glacial flow is not obvious at this site, but many of the enigmatic surface textures may be related to deposition and removal of ice. The variety of textures includes areas with dense patterns of cracks, lumpy and pitted regions, and areas of small, pitted hummocks. Downslope-trending ridges in some places could indicate ice flow but may be due to more complex processes.

Many of the subtle breaks in slope in the area correspond to changes in the surface texture. The formation of many of these features is still not well understood in detail, but it is likely that much of this texture is due to deposition and removal of ice, some of which could still be preserved under a lag deposit of dust and rocks. For instance, polygonal fracture patterns commonly occur in ice-rich ground on both Earth and Mars. Similar textures occur in many parts of the Martian mid-latitudes and indicate past processes which have reworked much of the surface. 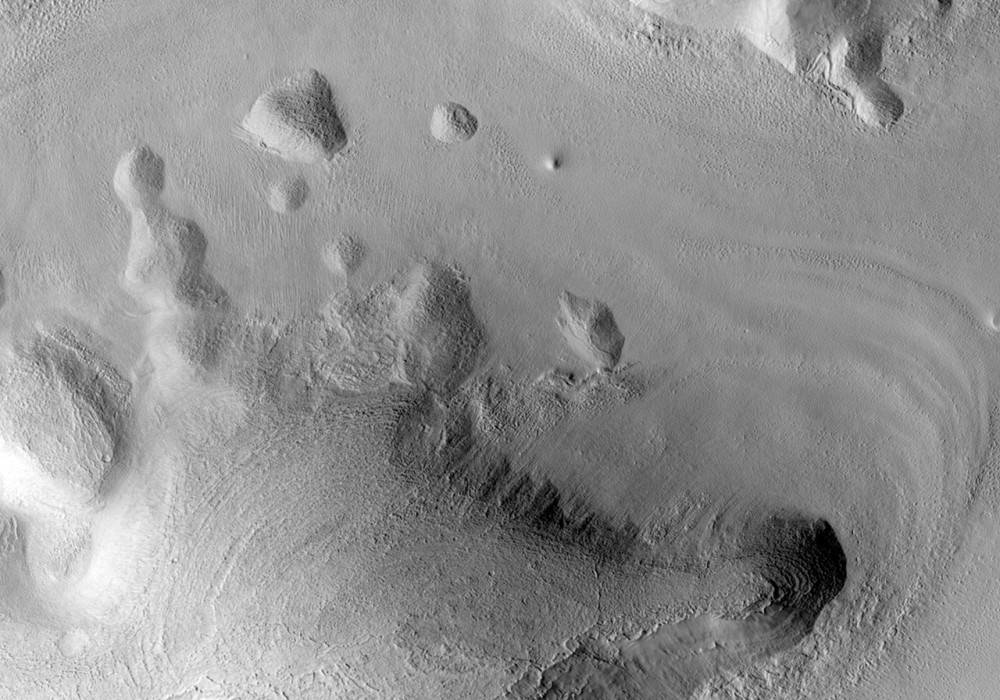