Alluvial fans are gently-sloping wedges of sediments deposited by flowing water. Some of the best-preserved alluvial fans on Mars are in Saheki Crater, an area that we’ve imaged many times previously.

This observation covers two impact craters that expose the stratigraphy of the fans. This image (and another one to complete stereo coverage) will be used to measure the depth of the fan and describe its depositional history, as well as closer view of some of these layers . 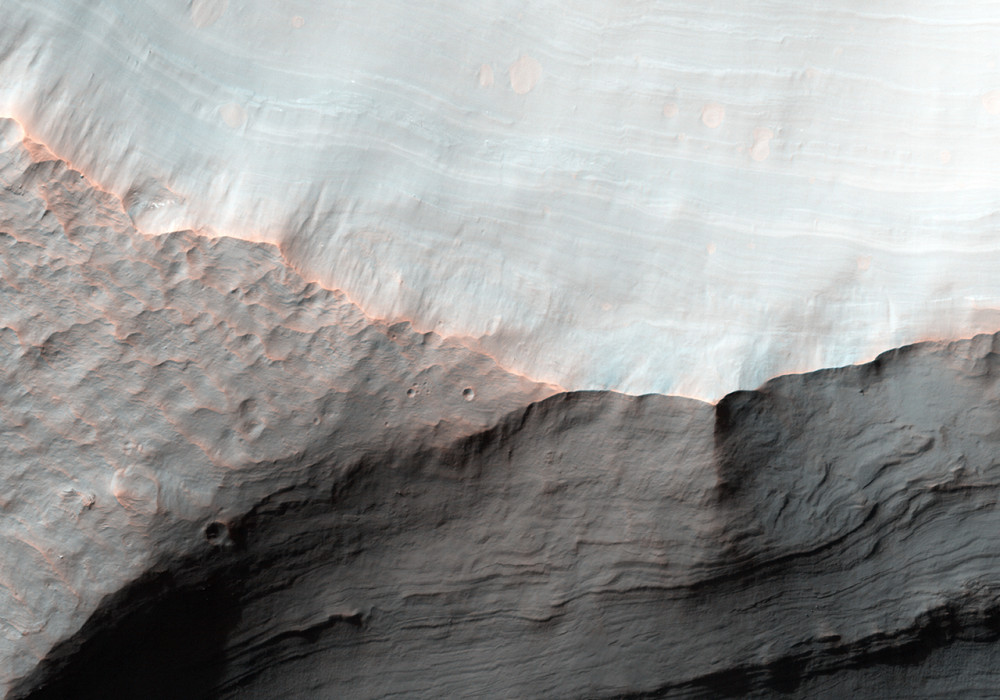