This image shows an exposure of the north polar layered deposits with strange streaks superimposed on the layers.

These streaks may be formed by winds blowing bright water frost over the surface, removing frost from the surface, or blowing dark material over the frost. These streaks make it a bit more difficult to see the angular unconformity running from upper left to lower right . The unconformity can be traced by finding where the layers at the top of the image are truncated by the layers at the bottom of the image.

This relationship shows that the layered deposits were eroded in this area, probably thousands to millions of years ago, before younger layers were deposited over them. The streaks over them were formed during the current northern summer, and may not persist for long. 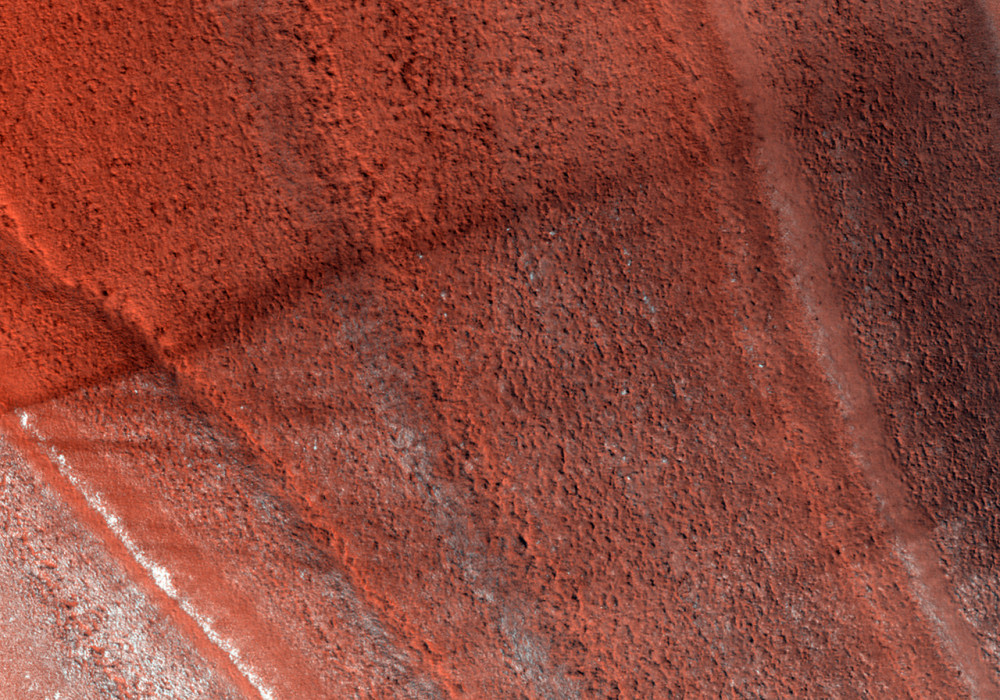