Streamlined Landforms near the Cerberus Fossae

One of the earliest observations of Mars that indicated that water once flowed across its surface was the presence of large streamlined landforms. Such landforms are carved by flowing fluids that erode islands into teardrop shapes.

While wind can also produce streamlined landforms (called yardangs), many features on Mars were clearly produced by a liquid that was confined to the low areas inside channels. There is an ongoing debate about the roles of lava and water in carving these features.

Streamlined forms visible inside channels on the Moon and Mercury must have been carved by lava since there is no plausible way water could have flowed over those bodies. On Mars, the HiRISE team is seeing a pattern where we believe most channels were carved by water but then covered with lava.

Observations like this one help us test the idea that the lava is simply coating a water-carved surface. 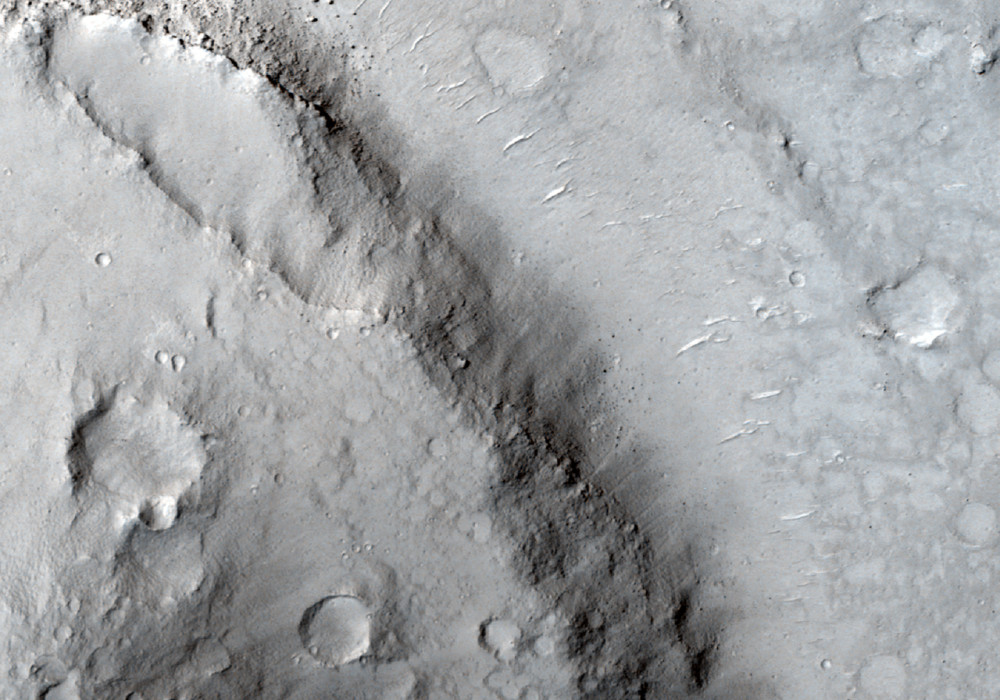