Newly-formed impact craters on Mars are found (and dated) by comparing images before and after the impact and looking for changes.

There isn’t a “before” image with sufficient quality and lacking this feature to date this impact event, but its appearance is similar to that of impacts formed in the past decade, except for a bit more modification by the wind, producing the bright wispy streaks trending east-west (left-right). It probably formed sometime in the past century.

This crater is 22 meters across and sits on the southwest edge of the Elysium Mons shield volcano. 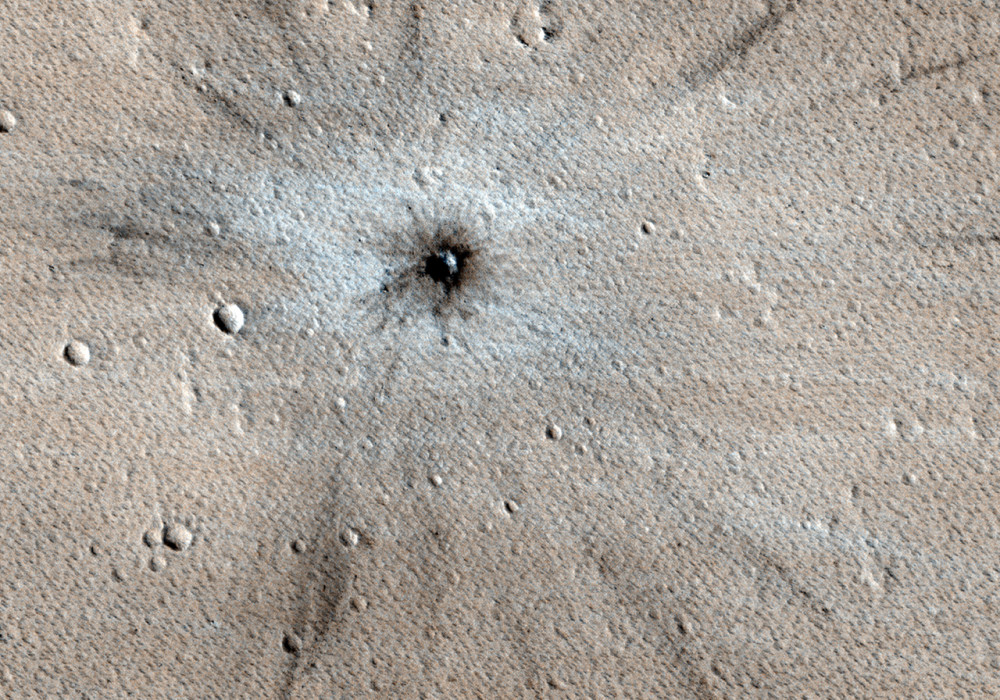