Scientists are studying the NPLD to learn more about these climate changes on Mars. In many places, the NPLD layers appear to extend over large areas, suggesting that they were deposited from atmospheric suspension. If the layers in this image are horizontal and continuous, the apparent curves are caused by erosion of valleys into the NPLD. To determine whether this is the case, HiRISE has acquired two images of this location to form a stereo pair. Analysis of this stereo pair will allow the orientation and thickness of the layers to be measured across the region of stereo coverage, constraining hypotheses for their formation.

Also visible in this image are bright and dark streaks that may be caused by the redistribution of frost by winds.
Written by: Ken Herkenhoff   (12 November 2008) 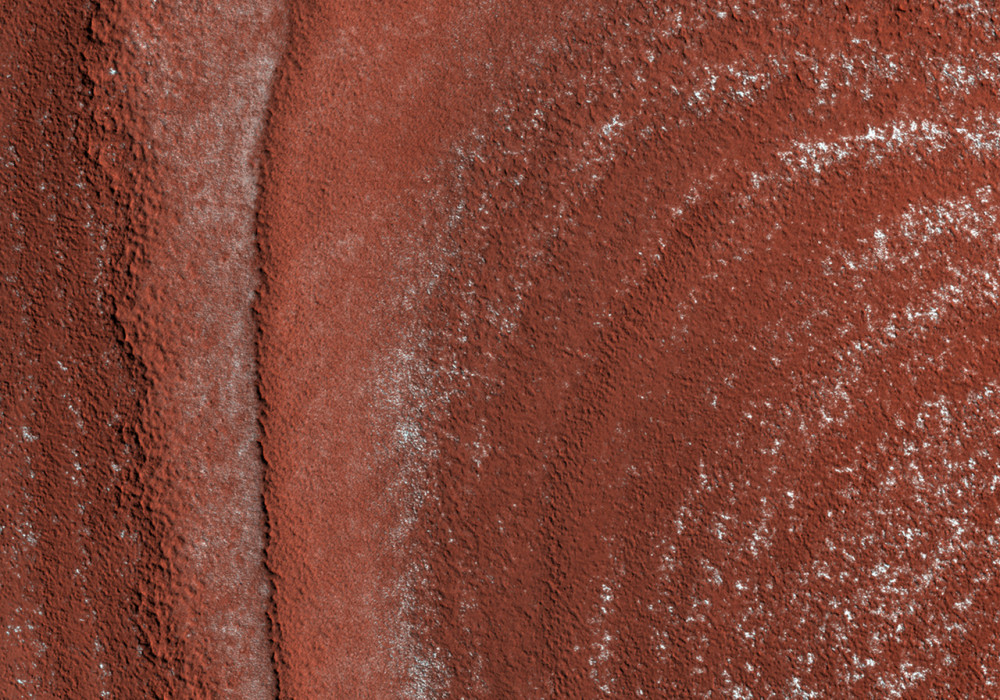