An angular unconformity represents a gap in the geologic record, where erosion has removed material followed by deposition of more material on the eroded surface. In this image, the angular unconformities are recognized by the truncation, or cutting off of layers, for example right of center and at bottom center.

Also visible in this image are numerous streaks, perhaps caused by recent redistribution of frost by winds. 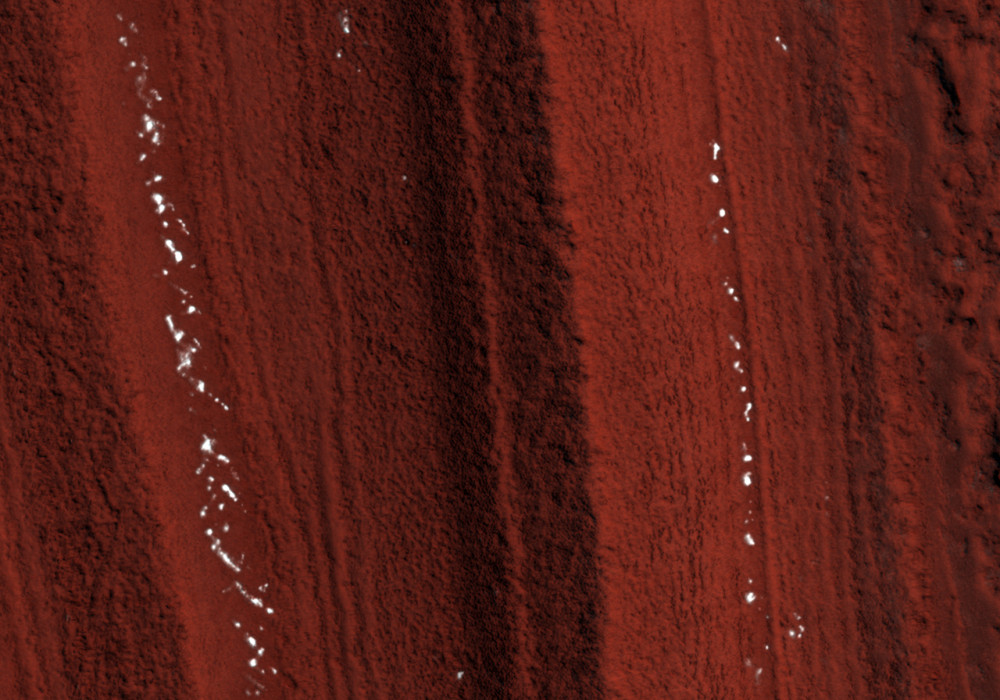