Kasei Valles is a system of very large channels that were carved into Lunae Planum by one or more large catastrophic floods. These channels split and merge at various points, and ultimately terminate at Chryse Planitia. This image was taken in the southeastern portion of the channel system, near Wassamu Crater.

This observation shows some smaller channels that have been carved into the floor of one branch of the channel. This set of sub-channels originates at the front of one of the streamline islands within the system. The largest channels in the Kasei Valles system can be up to 500 kilometers (300 miles) wide, whereas these smaller incisions are only about 500 meters (0.3 miles) wide. These smaller channels may have formed by later fluid flow after the major flooding events, further cutting into the channel floor.

This region is very dusty, and dust streaks can be seen covering the flat mesas. Within the channels large dunes of dust have formed from winds blowing through the channels. On the steeps slopes of the dunes are a smaller set of ripples .
Written by: Alexandra Davatzes   (13 July 2008) 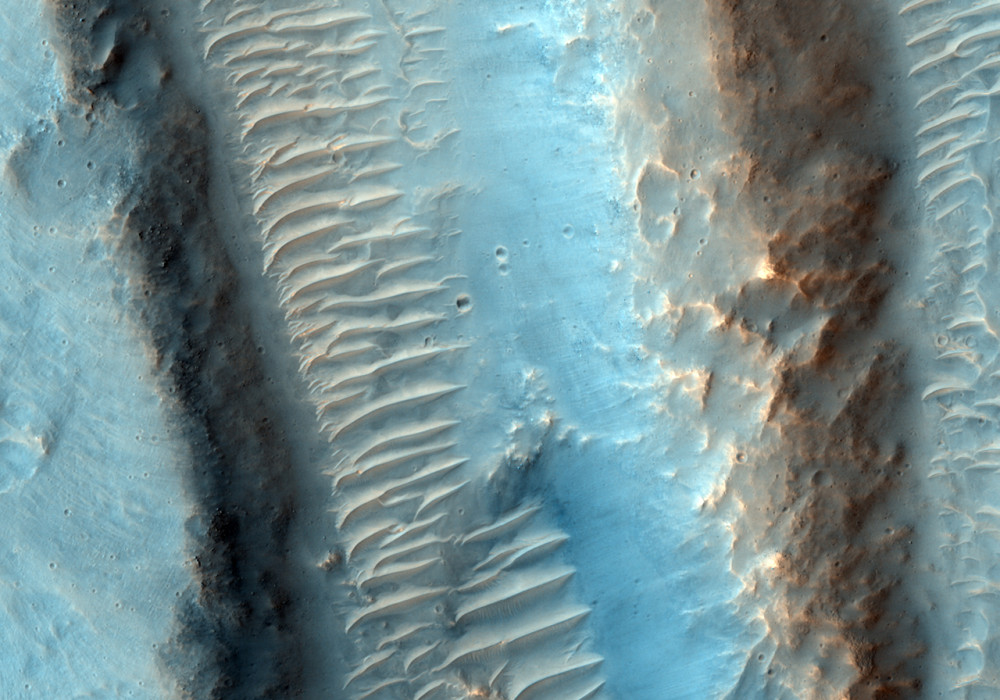