This image is from Aram Chaos, a large crater connected to the Ares Vallis outflow channel. It is called chaos because of the rough floor topography, large slumped blocks and large fractures that may have been caused by removal of subsurface material.

The subimage is a false-color one, and the lighter-toned area is a heavily fluted and pitted capping unit. This surface tends to trap dark sand (which appears blue in false color) in the lows. The dark blue sand can also be seen to form dunes below the cliff.

Sulfates have been detected in the cliff walls in some areas within Aram Chaos, as well as hematite. It has been suggested that these materials were deposited within a lake setting.Written by: Joannah Metz   (24 June 2008) 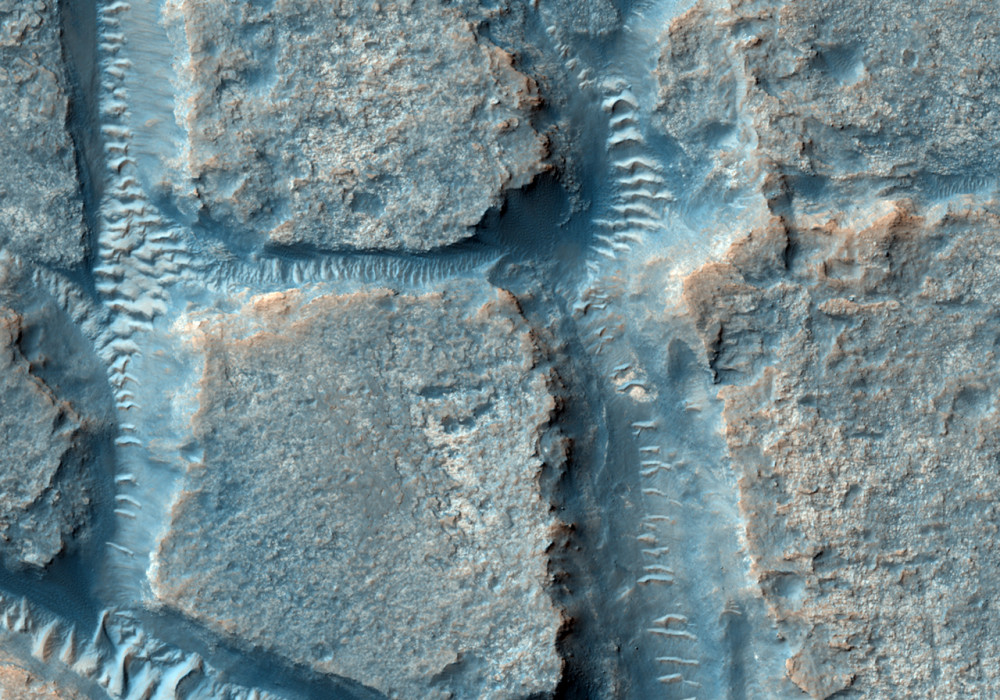