This pattern is created when there is relatively high, smooth material that is broken up into these circular-shaped depressions forming the “Swiss cheese” terrain. The depressions are thought to be caused by sublimation, which is when a material goes directly from a solid to a gas phase. Repeated images are taken of areas like this so the changes in depression size and where they form can be monitored through the seasons. 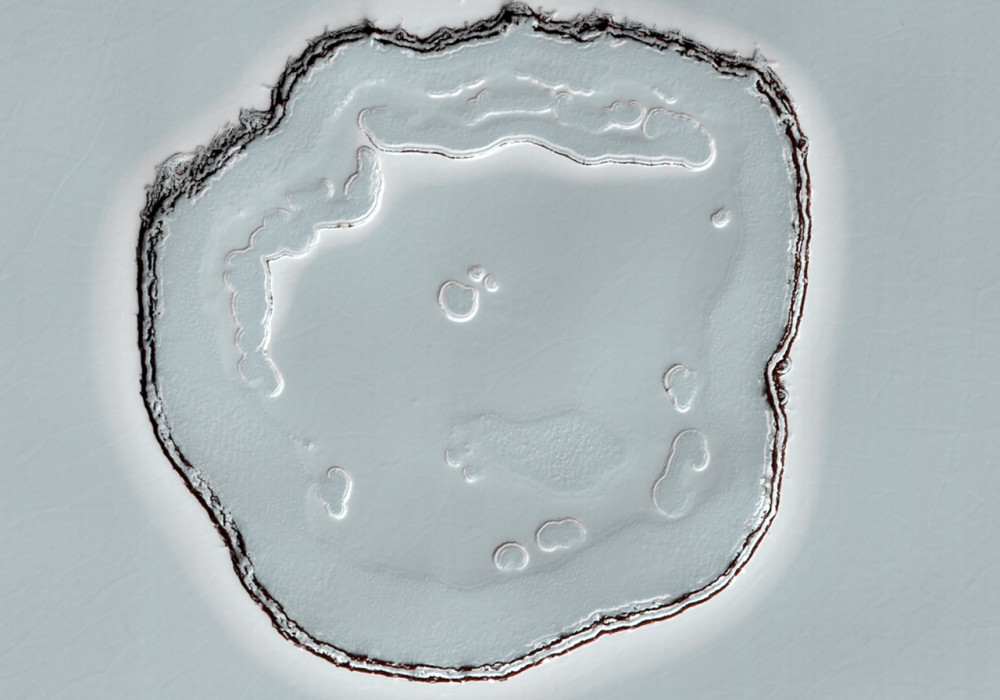