This image shows two small craters , just touching on their rims, in the much larger Ptolmaeus Crater, which is located in the Martian Southern hemisphere. These craters are called “tangential craters.”

The more degraded and filled-in crater is approximately 3 kilometers in diameter, and there is an unusual feature near the center. A closeup shows up the feature is approximately 76 meters wide and 164 meters long. This feature is also possibly a substantially oblique impact crater, but its origin remains unknown. 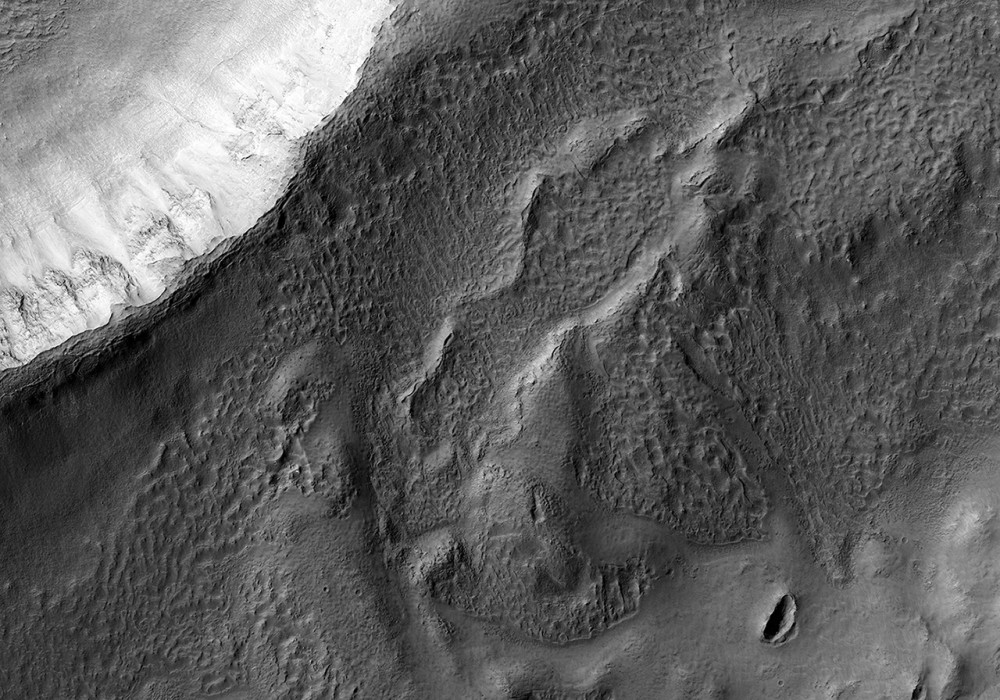