This blocky terrain is southwest of Schiaparelli Crater and is surrounded by a field of Transverse Aeolian Ridges (TARs) and unusual star ripples (dunes).

TARs are linear ripples with crest-ridge morphologies that can vary in shape; these morphologies include forked, sinuous, barchanoid, networked or feathered characteristics. The ridges also appear to transition into star dunes .

Star dunes are complex features and are not yet fully understood on Earth. They form by multidirectional wind regimes with a dominant primary wind. Chains of star dunes often appear to have a massive linear appearance, or can be modified linear or barchan dunes with the formation of secondary slipfaces (on the steeper slope). On Earth, there are incipient star dunes, such as in the Dumont dune field in the Mojave Desert, that display similar characteristics . The Dumont embryonic star dunes may result from dunes merging as they overrun one another, or are modified preexisting dunes, which could also be the case in this image.

Martian weather models predict that the dominate wind comes from a southwesterly direction. This direction aligns nicely with the transverse ripples and the main arms of the star ripples. This suggests that the star ripples were also affected by a different wind pattern or secondary winds or airflow. (Secondary airflow is the airflow and sediment transport around the slopes of the dune.)

Formation of incipient star dunes depends on the nature (strength, direction, and duration) of the primary wind and the volume of the sand to create the dune. Secondary airflow maintains the dune arms. The last factor is the deposition or removal of the sand by grainfall or grainflow avalanching. Grainfall and grainflow transports material from the main crestline slipface and along-slope or down-slope which maintains the secondary arm crest. 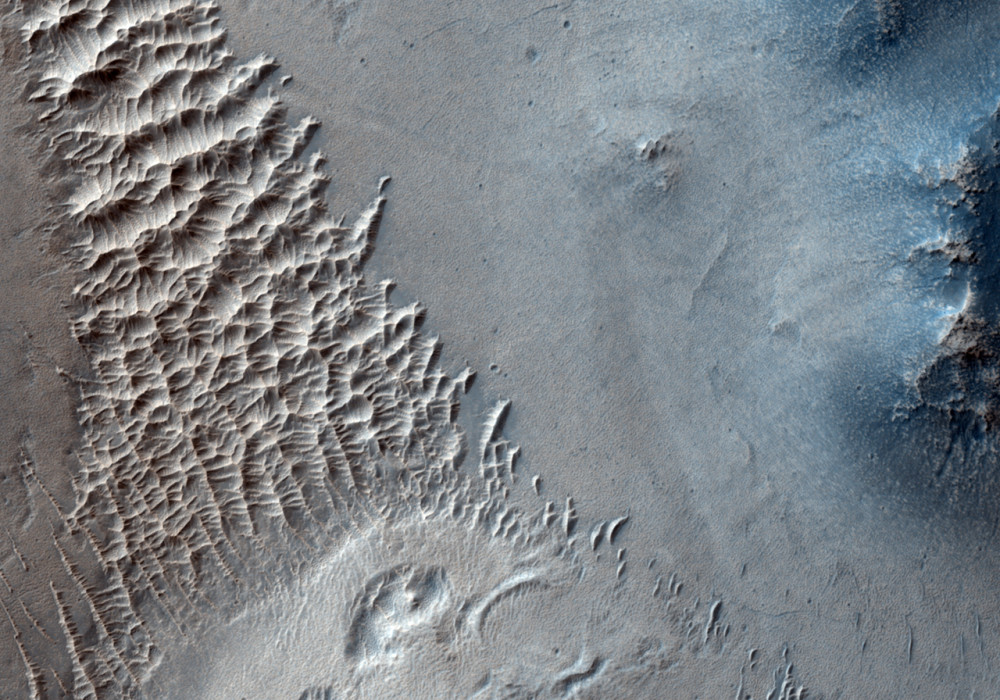