The hilly landscape visible in this observation may appear at first rather bleak, due to the pervasive soils of uniform brightness blanketing most of the area. However, upon closer examination, the image reveals rocky outcrops at the top of some of the hills. These rocks contain clues pointing to a watery past.

This subimage of the HiRISE false-color image depicts in detail the rocky layers in one of these hills.

CRISM , another of the instruments onboard Mars Reconnaissance Orbiter , has acquired data over this same region showing that the rocky outcrops contain clays. Clays of similar composition form in terrestrial environments favorable for life, where volcanic rocks are in close contact with water. 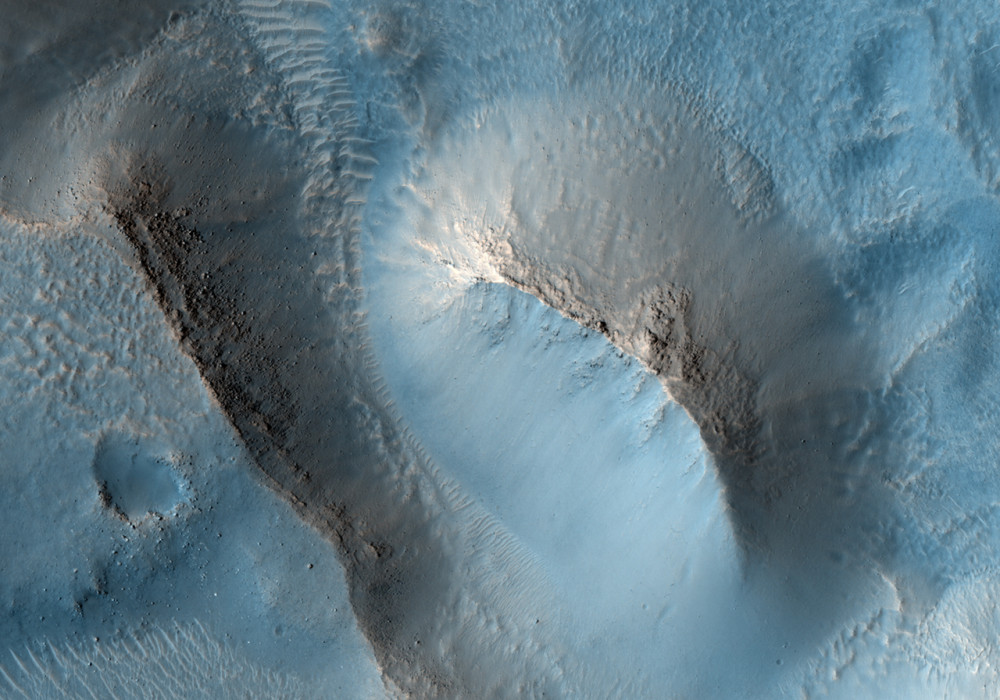