Terraced Eastern Wall along the Middle Reach of Ma

This image was originally suggested as part of the HiRISE Quest Student Image Challenge by Ms. Kathleen Hartrum’s after school science club at Conestoga Middle School in Beaverton, Oregon. Students were interested in learning whether this region of Ma’adim Vallis preserved any evidence for past water flow processes at HiRISE resolution.

Ma’adim Vallis is one of the largest ancient valley systems on Mars. Located in the Southern Highlands it extends southwards over 700 kilometers before terminating in Gusev Crater where the Spirit rover landed and explored. This HiRISE image provides a high resolution view of a portion of the eastern valley wall midway down the valley system.

In this HiRISE image, numerous trough-like channels on the lower wall and terrace region suggest that water flowed in Ma’adim Vallis in the ancient past. However, wind and other processes have likely infilled any smaller features formed by flowing water. Notice the numerous small, pristine impact craters with light-toned lobate ejecta blankets scattered throughout this region. This suggests that volatiles such as water may have persisted in the near surface. A thin haze or fog concentrates in the lower lying troughs and accentuates the traces of these now dry ancient water ways. Higher up on the valley wall, winds have blown streaks of the light-toned sediments from the surrounding plains westward down into the valley. 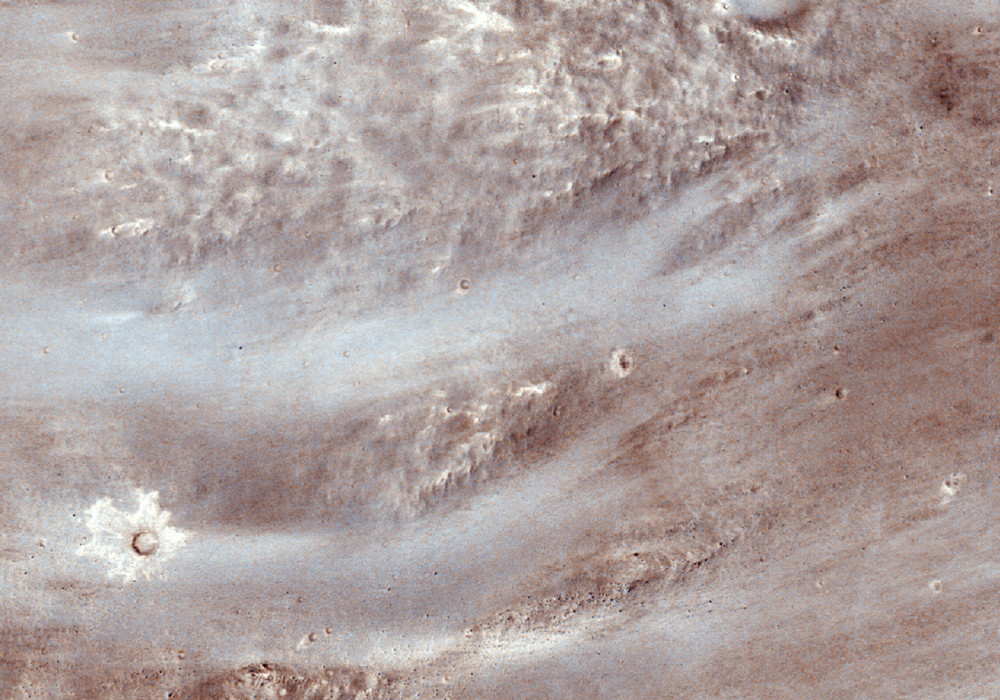