Terraced Fan and Valley in Crater

This image shows a terraced fan (center left) located adjacent to a short valley. Terraced fans are rare deposits on Mars: they have only been seen in a few dozen locations.

On Earth, terraced fans are found in alluvial environments and in deltas. When water flowing down steep slopes, such as mountains or hills, encounters a flatter surface, the sediments carried by the water are deposited along the shallow slopes to form alluvial fans. Deltas can also produce terraced fans when water from rivers and streams meets oceans or lakes; a delta deposit results at the contact between the confined, fast-moving water (river/stream) and the open body of water (ocean/lake).

The fact that this Martian terraced fan is found adjacent to a valley supports the hypothesis that water was the mechanism that transported and deposited the material that now forms the fan. It is unclear, however, if this fan formed in an alluvial or deltaic environment, or by some other process. Written by: Cathy   (11 November 2007) 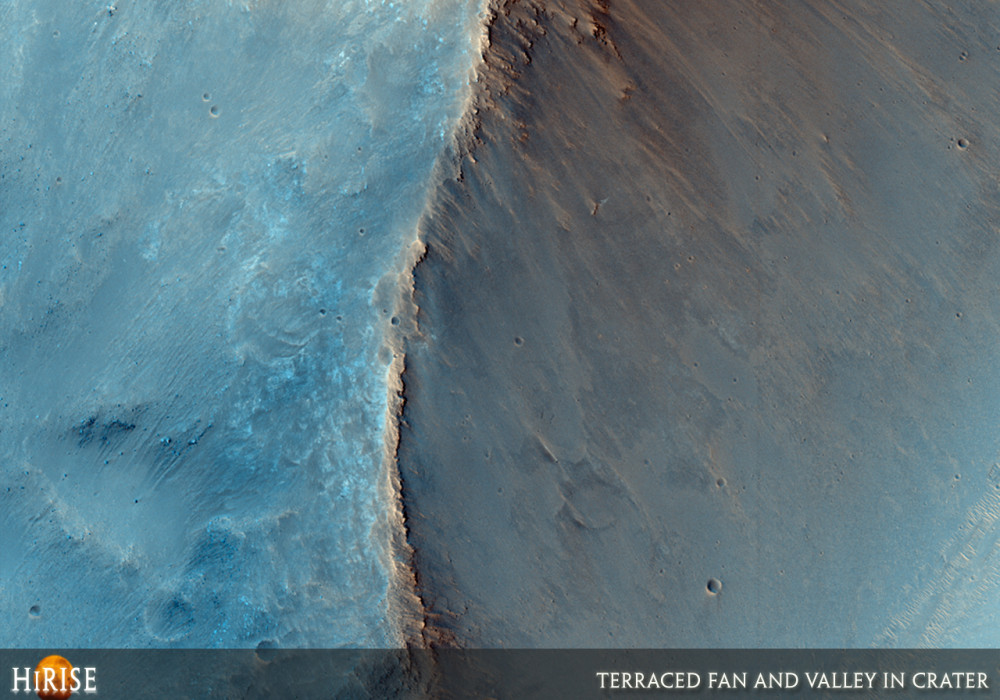