Eberswalde Crater is an approximately 65 kilometer diameter, closed basin crater. This image was targeted in the landing ellipse as a possible site for the 2011 Mars Science Laboratory mission.

The image shows resistant knobs and mounds and a scoured surface. The CRISM instrument onboard the Mars Reconnaissance Orbiter has detected phyllosilicates (clays) in the region. Clays on Earth are often formed in the presence of water and occur in river deltas and lake beds. The delta and meandering channels in Eberswalde Crater (west of the landing ellipse) and the detection of phyllosilicates provides evidence for possible past water activity on Mars. 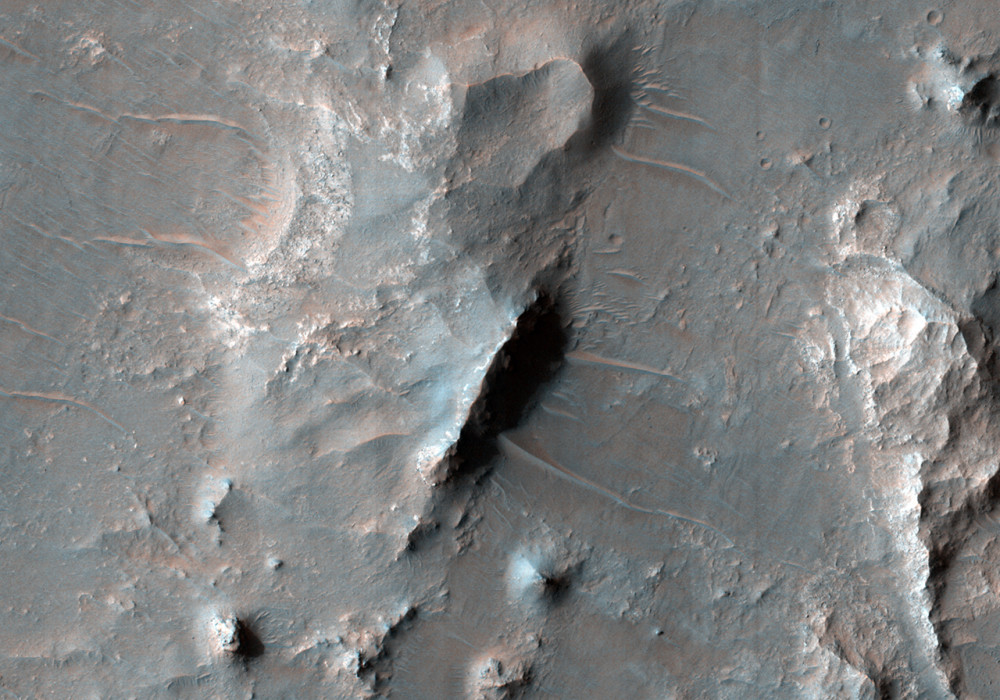