Terrain Near the MSL Landing Site

This image is of a region slightly to the southwest of where the MSL rover, called Curiosity, will land in August 2012.

It shows three distinct terrains: (a) older plains, (b) an overlying unit with a distinct margin, and (c) recent sand dunes. The dunes indicate that the strongest winds tend to blow from the northeast toward the southwest and, like many dune fields on Mars, are probably moving slowly.

The second unit has a margin that, at low resolution, is similar to a lava flow. It also has a hard surface that retains impact craters better than the older plains beneath it.

At full HiRISE resolution it is evident that this deposit is not lava.It has thin layers and a dense network of fractures across its surface. The tops of some lava flows and lava lakes are also fractured. However, HiRISE has confirmed that the size and other characteristics of lava fractures are quite different from the ones visible here. Hence, this is some kind of sedimentary deposit, possibly consisting of largely of hardened mud.

It is likely that Curiosity will have an opportunity to investigate terrain like this soon after landing as it drives to the layered mound to the south. 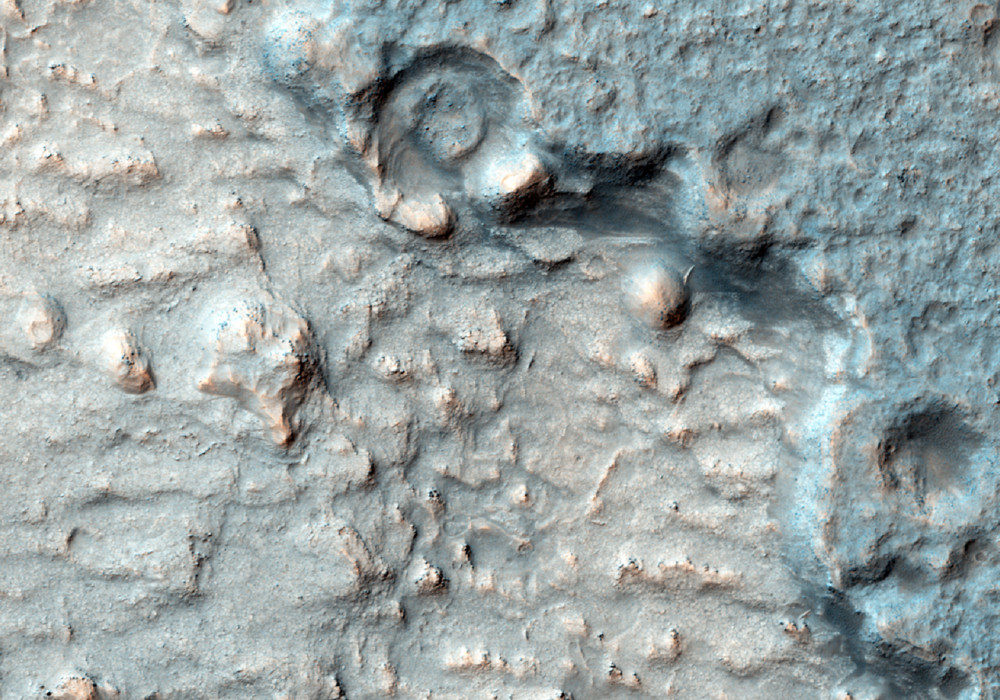