Textured Surface in the Southern Part of Trumpler Crater

This image was taken in support of imaging by the Context (CTX) camera onboard the Mars Reconnaissance Orbiter and is an example of how the different instruments cooperate. Trumpler Crater is in the far southern part of the Martian highlands.

This HiRISE image shows a frozen terrain typical at these latitudes. The surface is mantled by a deposit that is postulated to be largely a mix of dust and ice. However, many of the higher hills have had this mantle removed and the older rocks are exposed. In some parts of Mars there is good evidence for ice having flowed from higher to lower ground, but there is no such evidence here. Perhaps the mantling deposit never formed on the tops of these hills or it was preferentially removed from these places.

In the flatter locations, the mantling deposit is completely covered by small cracks that form a polygonal network. These are clearest in the southern part of the image, where the sun is almost parallel to the surface, producing dramatic shadows. Such polygons are a common feature in permafrost.
Written by: Laszlo P. Keszthelyi   (14 February 2008) 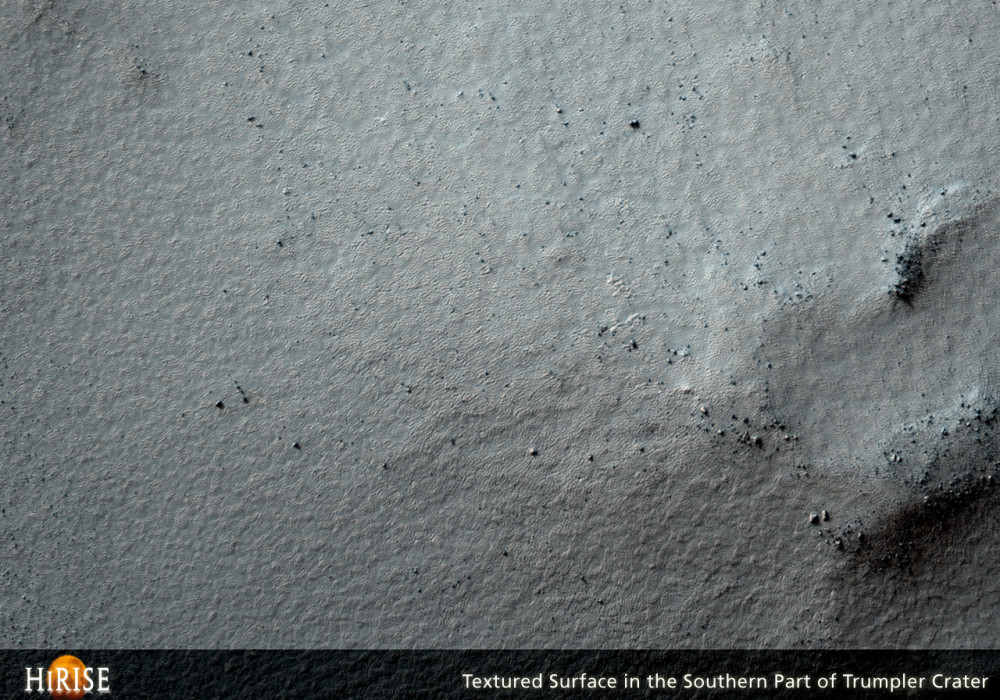