This image shows a portion of the dunes that fill Richardson Crater, a 55 kilometer diameter crater in the south polar region of Mars and a frequent repeat target for the HiRISE camera.

During southern fall and winter, these dunes are coated with seasonal carbon dioxide frost, which then sublimates (goes directly from a solid to a gas) into the atmosphere as the temperature rises in spring and summer.

The enhanced-color subimage shows a boundary between dunes that are mostly covered with seasonal frost and dunes that have mostly thawed. The color of many dunes on Mars can change dramatically depending on the season. Frost tends to be very bright in HiRISE images, particularly in the blue-green filter, but dune sand itself is very dark.

The dark streaks and spots on the frost-covered regions represent areas that are in the process of thawing out. In some areas, the frost has sublimated away. In others, a small avalanche of sand or dust may have spilled on top of the frost. Some of them may also be patches of coarse-grained ice that are relatively clear so that we can see the sand below. As spring advances toward summer in the south on Mars, these dunes continue to appear darker and more red to HiRISE.

Dunes near the polar regions of Mars are studied both by scientists who are interested in the effects of this seasonal cycle of thawing and frosting over, and by scientists who wait for the frost to disappear so that they can study the dunes themselves. 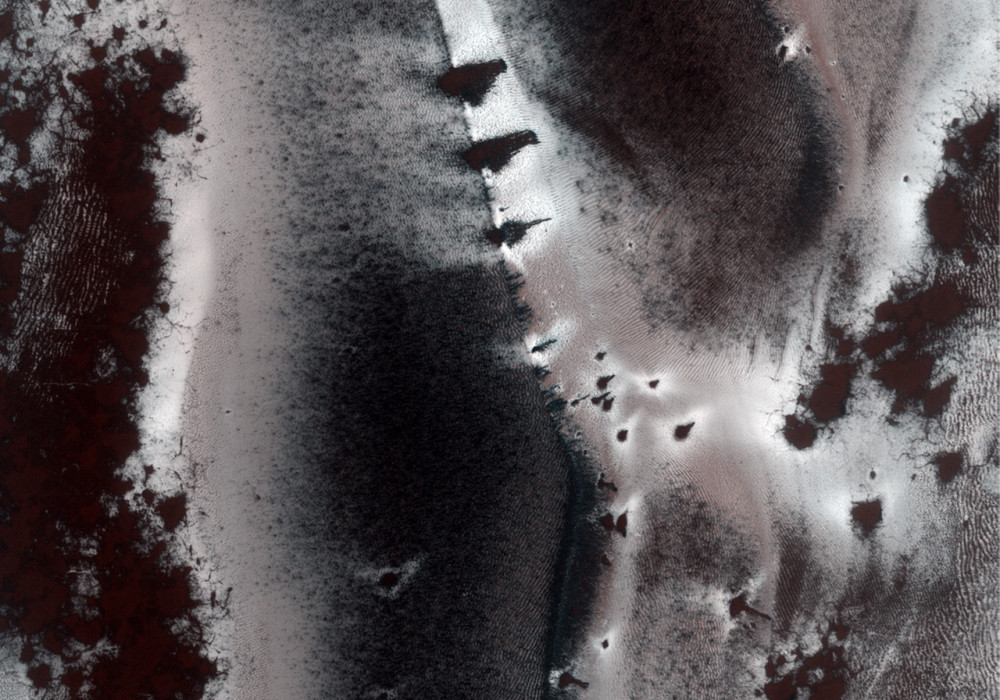