The Answer is Blowing in the Wind

Every winter, Mars’ polar region is covered with a layer of seasonal carbon dioxide ice (dry ice). In the spring jets of gas carry dust from the ground up through openings in the ice. The dust gets carried downwind by the prevailing wind and falls on top of the seasonal ice layer in a fan-shaped deposit.

Many jets appear to be active at the same time since numerous fans are all deposited in the same direction: this image is an example of such an occurrence. At the top of this image the fans are oriented in one direction while at the bottom they are going in a different direction. This suggests that as the ice layer thins, a set of gas jets becomes active, they die down, then further away another set starts up at a later time with a different prevailing wind direction. 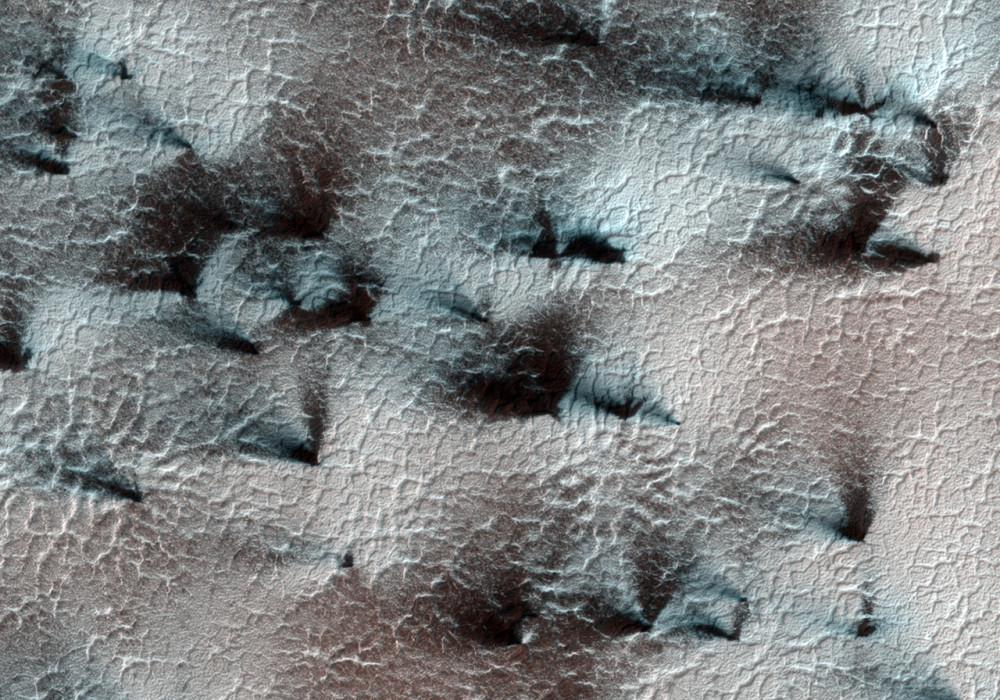