The Coming and Going of Ice

Like Earth’s water table, Mars has an ice table. Sometimes, the ice table coincides with the ground’s surface as it does here. The knobby, pitted terrain is caused when ice is deposited and then sublimates over and over again. This geologic process is called “accrescence” and “decrescence” and also occurs on Neptune’s moon Triton and on Pluto, though in the outer Solar System the ice is not water ice.

Solis Planum—a huge mound south of Valles Marineris—is the location of this image. 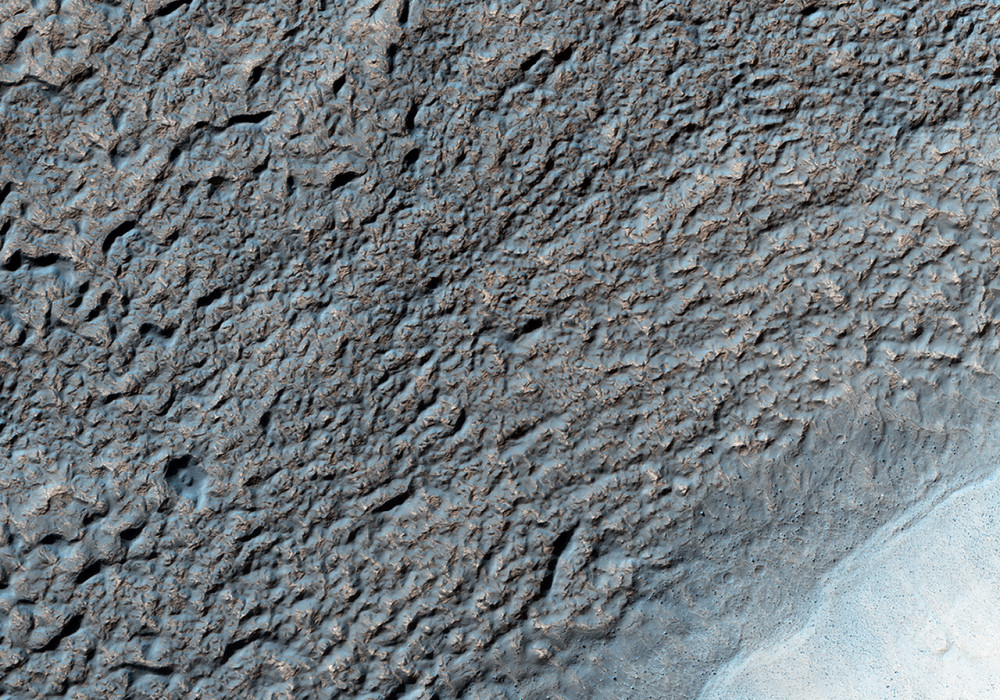