The Contrasting Colors of Crater Dunes and Gullies

Gullies are relatively common features in the steep slopes of crater walls, possibly formed by dry debris flows, movement of carbon dioxide frost, or perhaps the melting of ground ice.

The gullies in this image have two main sections: a scalloped alcove at the top of the gully (left/center), and defined channel sections further down the crater wall (right/center). Material from the alcove will have traveled down the channel to the crater floor. This normally forms a third section to a typical gully, a debris fan. Fans commonly visible at the base of gullies are not obvious in this example however, as the wind blown sediments (blue) have covered the crater floor after gully formation. 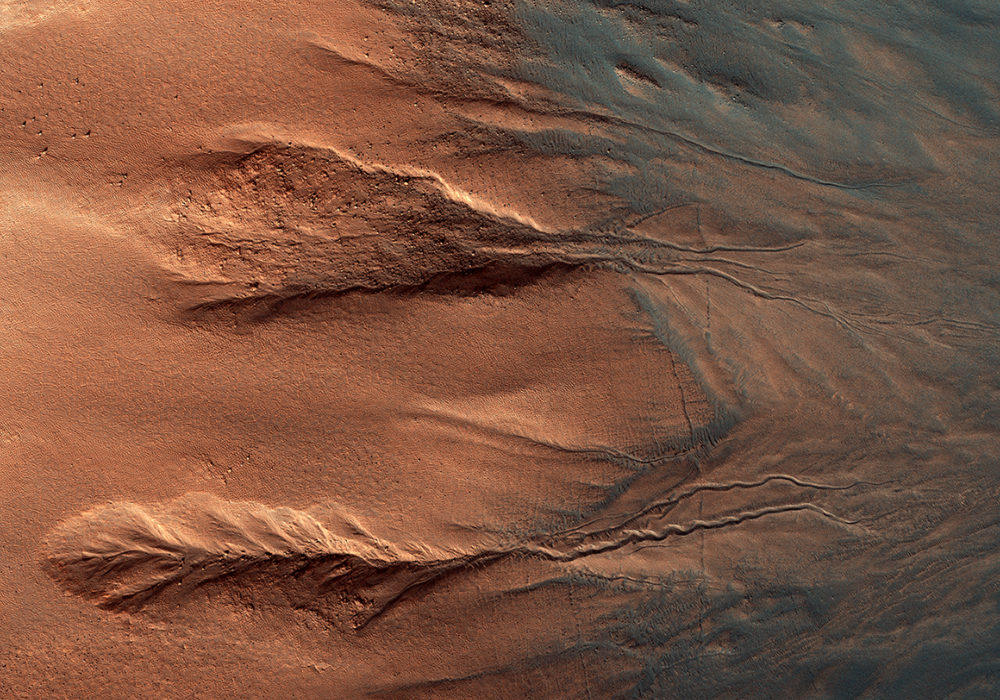